Toponym
Sision, Kato Sisi
Linked Record
2007200820092010201120152016201720182019
Report
J. Driessen (UCLouvain, EBSA) reports on the 9th excavation and survey campaign at Sissi. Much attention focussed on the continuing excavation of the monumental court-centred building on the southeast summit of the hill (Fig. 1). The plastered central court, more than 33 m long, was finely cleared and was seen to be bounded by a large terrace wall, overbuilt by a later wall. Exploration of the lower level to the south was started and work continued in the surrounding wings. To the west, this led to the discovery of a Prepalatial house with a small deposit in place as well as a plastered room with benches that may belong to the Neopalatial ceremonial complex but is of a different orientation and at higher level. Further exploration to the north led to the discovery of a second, finely paved corridor, leading also directly into the court from the outside. In the northeast wing, more evidence was found for phasing with two levels of terracotta slabs found one on top of the other, with 15 cm of earth in between. Tests in the east wing also came upon interesting foundation deposits and a couple of remarkable sealstones – one in lapis lacedaemonius showing a hybrid Minoan genius (Fig. 2) and one with a lion and a column. Excavation also continued immediately north of the ‘Mycenaean’ complex CD. We now think that this area was in fact one of the first areas that was reoccupied after the LM IB fire destruction, late in LM IB and then again in LM II-IIIA1. Close to the façade of complex CD was found a complete calf and four small storage jars, placed upside down, each with a baby or infant in it. More to the north, on the middle terrace and only about 20 m east from the Neopalatial houses, we continued the excavation of the damaged Neopalatial House Tomb. Within its ruins was later dug a small pit for a secondary bone deposit accompanied by miniature vases that date to LM IIIA. Continued excavation in the cemetery near the sea uncovered more of the Middle Minoan I-II house tomb as well as a potential road. We also continued the survey of the Sissi catchment area, during which several unknown archaeological sites could be identified, spanning the entire Bronze Age but also sometimes reoccupied in historical times. We also continued our consolidation efforts and opened the site once a week to the public. The team also organised on-site Minoan pottery seminars. 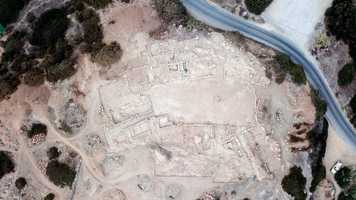 Fig. 1/ Aerial photo of the Court-Centred Building on the Kephali Hill at Sissi 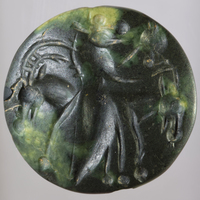 Fig. 2/ Sealstone from east wing of the Ceremonial Building at Sissi