Toponym
Sision, Kato Sisi
Linked Record
2007200820092010201120152016201720182019
Report
J. Driessen (Université Catholique de Louvain / EBSA) reports on the 8th excavation campaign that took place on the Kephali-hill at Sissi (Lassithi, Crete) A large team of experts and students from many Greek and foreign universities continued the exploration of the Minoan settlement and cemetery at Sissi. Much attention focussed on the continuous excavation of the monumental court-centred building on the southeast summit of the hill (fig. 1). Started in 2015, the team finally achieved the clearance of its sizeable plastered central court, which is seen to have a maximum size of 16.50 by 33 m. Several ritual installations – kernos, potential horns of consecration, ash pit, and sacrificial slab - were found on and along this central court, which was directly accessible from the outside to the southwest via a finely paved corridor with ashlar walls (fig. 2). A shallow circular water collection basin, connected to a cistern next to this paved corridor, was episodically filled in with large quantities of pottery, especially drinking vases. The entire complex largely dates to the Neopalatial period, roughly the 16th c. BC, and was abandoned close in time to the Santorini eruption, ash of which was found within the complex. The excavation further revealed parts of the east and west wings of the complex. Elsewhere on the site, excavation identified an early phase of Mycenaean occupation (end of 15th c. BC) while, following GPR survey, more areas of the Protopalatial cemetery and the Neopalatial settlement were explored. 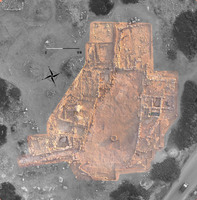 Fig. 1/ Aerial photo of the court-centred building at Sisi 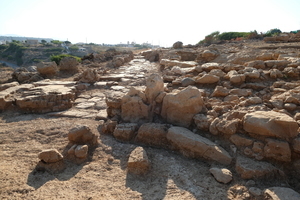 Fig. 2/ Paved corridor flanked by ritual installations to the southwest of the central court at Sisi