Key-words
Bone - Cave - Sanctuary - Material Type - Site Type
Type of Operation
Study
Institution
Ministry of Culture
Toponym
Klenia, Kato Klainia
Linked Record
2008
Report
Klenia Cave, Kalyvakia. D. Hatziangelou (Ioannina) presents a study of the cave, which lies 10km from the village of Klenia on the northwest slopes of Mt Stephani, immediately below the peak of Prophitis Ilias Vortopou, in a location with clear views to neighbouring mountains and plains. The site was surveyed in the 1920s by the honorary Ephor of Antiquities for the Argolid and Corinth, Nikolaos Bertos, who conducted limited excavations in 1930, 1939 and 1940 (of which almost all records are lost). His trenches remain visible to the left of the cave entrance.
Over 6,000 sherds of the Late Neolithic to Late Byzantine and Ottoman periods found by Bertos attest to near continuous use for occupation and cult. In an unpublished report by the late Bill Phelps, these sherds are characterised as follows. Neolithic pottery comprises ca. 40% of the material, consisting of black burnished, burnished, matt painted, grey and urnfinis wares. Domestic, cooking and storage vessels are represented. While Early Helladic is not present, Middle Helladic (including black and grey Minyan) is well represented. Mycenaean kylikes and Archaic (seventh- and sixth-century) bowls and kylikes are reported. Sixth-century BC figurines and votive pottery indicate cult practice. In modern times the cave has been intensively used by shepherds and for cheese manufacture.
A new topographical and geological survey was completed in 2006 in collaboration with the EPSNE. The cave is entered at the northeast (entrance 6m wide and max. 3m high) and has three large chambers. Chamber 1 (10 x 20m, 4m max. height) has clear evidence of human activity, notably the cutting of stalagtites and stalagmites to create small tables and storage areas (with strong burning indicating the use of certain areas for lamps and torches). A statue base 0.7m high and 1m in diameter with cuttings on the top face, created from a stalagtite or stalagmite, was found beneath a thick layer of more recent debris. The second chamber (23 x 12m) is entered via two passageways from the first (it lies 1.5-3m deeper). The third chamber (35 x 2-5m) can only be entered via a very restricted passage from the second: a large quantity of human bone lay in this passage (at least five crania and 20 pairs of thigh bones), probably including the remains of Ottoman soldiers killed in combat with Dramalis' forces in 1822. At the rear of this chamber, natural reservoirs were fed from within the cave. A large quantity of sherds was visible throughout the complex, along with extensive disturbanvce from illegal excavation and modern use.
In a further study, S. Oikonomides considers Neolithic evidence from the cave and its environs in its wider regional context. On the plain above, prospection in 2007 and 2008 revealed scattered Neolithic sherds, and a further cave. These remains lie on a path evidently known since the fourth millennium BC.
Author
Catherine MORGAN
Bibliographic reference(s)
D. Chatziangelou, in K. Kissas and W.-D. Niemeier (eds), The Corinthia and the Northeast Peloponnese (Munich 2013), 297-304 (see also S. Oikonomides in the same volume, pp.29-30).
Date of creation
2014-06-20 00:00:00
Last modification
2018-08-22 09:24:43
Picture(s) 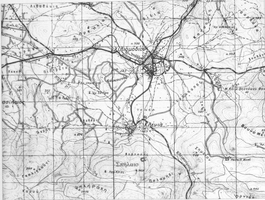 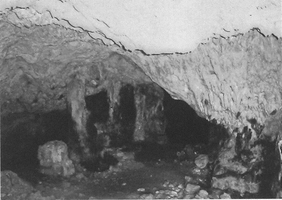 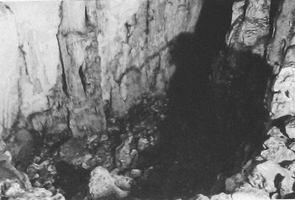