Toponym
Aigion, Vostitsa
Linked Record
20002000 (1)2000 (2)2000 (3)20062006 (1)
Report
Aigion, Kleomenous Oikonomou 4-6 Street (property of G. Mouska-Balaka). Andreas Vordos (ΣΤ΄ΕΚΠΑ) reports on the discovery of building remains dated to the Hellenistic period (Fig. 1). In the northern corner of the area was the corner of a large structure, probably a public building which most likely continues into the adjacent property. It was built with large sandstone blocks but without clay binding. The best preserved section of the wall (8) was 2.85 m. long by 0.75 m. wide and 1.85 m. high. To the west of the building and parallel to the wall 8, was a part of a pebble paved road of 10 m. in length, aligned on a N-S axis (Fig. 2). In the western side of the property were the remains of 8 partially preserved walls dated to the Hellenistic period, built using a combination of carefully prepared and roughly worked stone blocks without any binding material. Walls 1, 3, 4 and 10 formed the only complete room (3.0x2.7 m.), with a floor made of large compacted tile fragments and an underlay of small angular stones. The height of the walls including the foundation was 1.17 m. while the width varied between 0.45-0.50 m. In the central area of the property was found waste from a ceramic workshop including ash, burnt soil and many sherds of Hellenistic and Roman pottery. On the northern side of the property was a cistern attributed to the Roman period and constructed using material from wall 8. It was internally lined with plaster and had excavated dimensions of 1.5x0.8 m. and was 1.12 m. in height. The excavation also produced 12 coins. 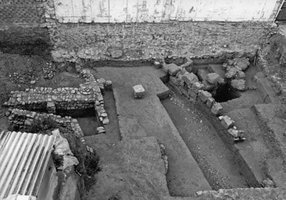 Fig. 2/ View of the excavation from the north