Key-words
Church - Monastery - Painting - Religious building - Sanctuary - Find Type - Building Type - Site Type
Type of Operation
Excavation - Rescue excavation
Institution
Ministry of Culture, Education and Religious Affairs: Ephorate of Antiquities of Arta
Toponym
Arta
Linked Record
2014
Report
Arta, Top Alti. V. Papadopoulou (Ephorate of Antiquities of Arta) reports the excavation of a previously unknown Middle Byzantine church at Top Alti, just outside Arta on the right bank of the Arachthos river. The church, which was preserved to a height of over 3m within riverine deposits, was large (27.5 x 21.5m), with three apses at the east end, and at the west, a propylon with three niches in the north wall and two in the west. Its form was until recently unknown in the church repertoire of the Despotate of Epirus. Sections of well-preserved wall paintings were preserved in the apses, dating to the Middle Byzantine period (around the vima and diakonikon) and the 13th century (around the prothesis).
The church is the katholikon of a monastery of which there is no record in the literary sources. A long narrow extension on its north side probably had a cross-vaulted roof, while on the south side was an extension divided into vaulted chambers (it is unclear whether this continued along the full length of the south wall). South west of the church, a large wing contained cells belonging to the monastery. The monastery was constructed inthe wider area of Top Alti, where a number of important Middle Byzantine churches are located (e.g. the churches of Ag. Dimitiros at Katsouri, Ag. Vasileios at Gephyra, and Ag. Nikolaos at Rodia), plus a series of other Byzantine churches many of which have been located in recent years (as that of Ag. Nikolaos in the village of Rokka).
Author
Catherine MORGAN
Bibliographic reference(s)
http://www.archaiologia.gr
Date of creation
2015-08-14 00:00:00
Last modification
2018-08-22 09:24:46
Picture(s) 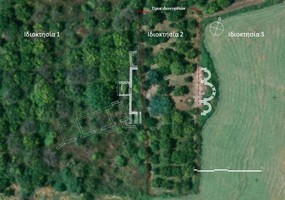 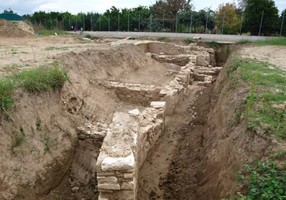 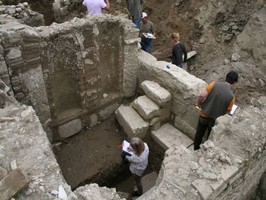 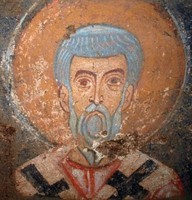