Key-words
Church - Religious building - Building Type
Type of Operation
Excavation
Institution
8th EBA
Toponym
Arta
Linked Record
2004
Report
Arta. Church of Agia Theodora. B. Papadopoulou (8th EBA) reports on excavation outside the church on the west and north sides undertaken as part of a programme of conservation. Remains of a cloister were revealed on the west side, comprising five column bases and the foundations of the pilasters in contact with the west and north walls of the narthex. The bases were set on rectangular brick structures and stabilised in a thick layer of cement. The two bases on either side of the now blocked west entrance to the narthex, which preserve part of a brick structure set on them. A small area of the paved floor of the cloister is preserved in front of this entrance. Portable finds in this area were very few.
On the north side, excavation had previously revealed the foundations of an earlier building on which the present church rests. No further evidence was found to indicate whether the cloister continued on this side. The threshold and one step belonging to the now blocked north entrance to the Byzantine church were uncovered.
Inside the church, two specific locations were investigated. Excavation in the main naos sought to determine whether there was a burial beneath a large marble slab almost in front of the oraia pyli: an earlier destruction level was revealed and below that, part of the terracotta floor. A second trench was opened at the base of the sacristry apse, where a large, monolithic threshold block was incorporated into the structure with cement. This was shown to be a modern structure to support the silver casket of Agia Theodora.
Author
Catherine MORGAN
Bibliographic reference(s)
ADelt 56-59 (2001-2004) B5, 165-7.
Date of creation
2013-06-12 00:00:00
Last modification
2018-08-22 09:24:39
Picture(s) 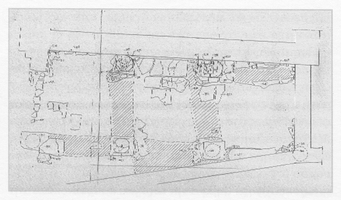 Fig. 1/ Arta, Church of Agia Theodora. Remains of the cloister.