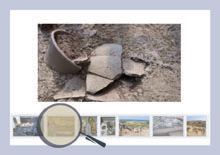 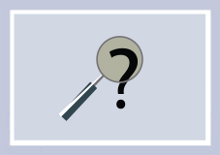 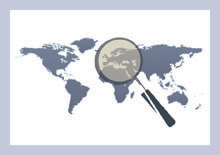 ‘Droubes or Paliabela’, Ilia. The Ephorate of Antiquities of Ilia reports on the discovery of eight graves during a rescue excavation. The graves date (on the basis of the grave goods) between the end of the fourth and the second century BC. There were three pithos burials, four cist graves and one tiled-roof grave. The graves are part of the west necropolis of the ancient city of Elis, from which 200 graves of the late classical and Hellenistic period have already been... 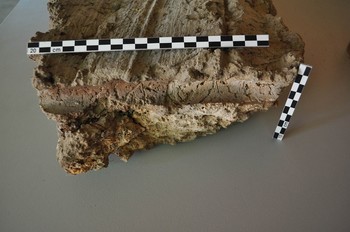 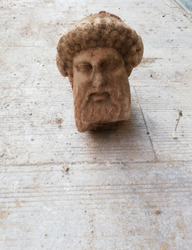 25 Aiolou Street, Athens. The Ephorate of Antiquities of the City of Athens reports on the discovering of a Herm, found during the construction of a sewage network at 25 Aiolou Street. The herm was discovered opposite the Church of Agia Irini, at a depth of 1.30m. The head was once attached to a column, and the iconography is typical of the style of Ermos Propylaios of Alkamenos. The head had been mounted in secondary use in the S side of a wall in the modern sewer connection. The herm... 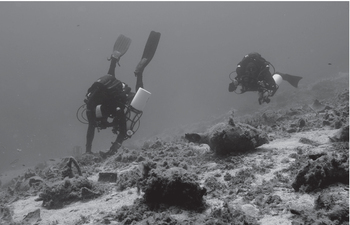 Underwater investigation at the gulf of Herakleion and the island of Dia from the EEA and the American Woods Hole Oceanographic Institution Theotokis Theodoulou (EEA) reports that an area beyond 30 square kilometers was systematically investigated at the gulf of Herakleion and in the south and east of Dia Island. In total four unknown shipwreck loads with amphorae as well as vessels used by the ship crew were found. The two of them are Roman shipwrecks, one carrying Cretan amphorae of the... 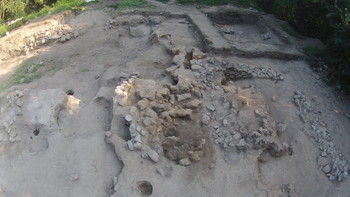 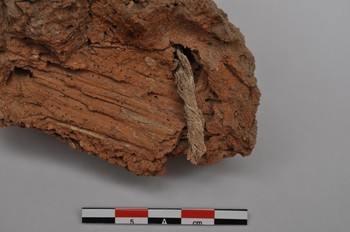 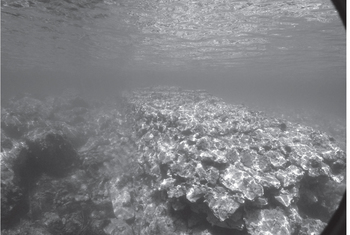 Hersonissos Harbour Theotokis Theodoulou (EEA) reports that an underwater autopsy was conducted indicating that: From the head of the harbour and towards the south, the existence of multiple walls was identified. The building style suggests these were Roman constructions, although some of the remains could also be ascribed to earlier periods. Inside the harbour basin pottery, building  material, stone blocks, columns etc. were found. The windward breakwater, which was depicted in the... Ancient Helike.  Systematic excavations of the Geometric and Archaic phases in the Sanctuary of Helikonian Poseidon at Nikoleïka Aigialeias 7.5km east of the modern city of Aigio recovered significant finds representing different chronological phases of the cult centre of the ancient Achaian city of Helike destroyed by earthquake in 375 BC (Fig. 1).  Specifically excavated at the site were: an apsidal Geometric temple of 710-700 BC, a mudbrick altar of 760-750 BC, which formed the...

Mavriki. Greek press reports the discovery during road-widening and following heavy rain of a pithos burial containing human remains dating to the Geometric period. The site was investigated by archaeologists from the Ephorate of Antiquities of Achaia. Similar finds have been noted previously in this particular location and in the wider area. A full archaeological investigation will... 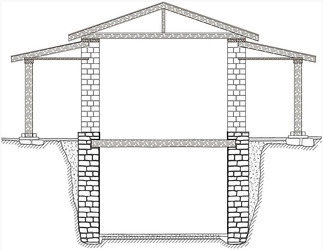 A team from the Ephorate of Antiquities of the Argolid and the University of Athens have continued to work on exposing an archaic period building found in the area of the Tholos, in the Asklepion of Epidauros. This building was first discovered in 2019, and further work was carried out in August 2020. The building dates to the end of the seventh or start of the sixth century BC. Its form is without parallel from the Greek world at this time. Beneath the ground foundations are dug into the... 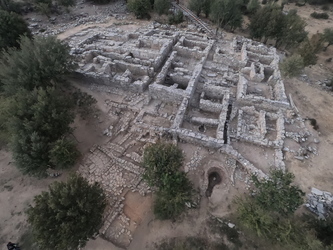 Zominthos. Systematic excavations at this site, the highest palace-site on Crete (Fig. 1), continued under the auspices of the ASA and the directorship of Dr E. Sapouna-Sakellaraki (Emeritus Director of Antiquities). The goals of excavation were to clarify the means of approach to the N entrance of the Central Building and the verification of geophysical investigations carried out by A. Sarris (FORTH) to its N. This year’s excavation revealed that the existing two-storey (possibly...