Toponym
Loutron
Linked Record
2014
Report
Loutro, property of D. Panagopoulou. Petalidi. Evangelia V. Malapani (ΛΗ’ ΕΠΚΑ) reports on the excavation of Roman period remains at this site (Fig. 1), located NE of a late Roman building complex found in the late 1990s.
The excavation revealed parts of a villa rustica, comprising bathrooms, workshops, living spaces, and some tiled roof graves. On the NE of the plot in the area of hypocausts, a curved wall of 3.50m was found, constructed of brickwork (Fig. 2). It had collapsed both inside and on its outer S side. In the outer S and SW, furnaces were found. Rectangular rooms lined with marble were found SE of these spaces. Sections of water pipes were also found, as were coloured tesserae, suggesting that the floors of the building were covered in mosaics.
A short distance from the building and to the SW, a kiln was found with orientation SE-NW. Inside the kiln, pointed-toe amphoras were found, as well as props and shelves. Two other kilns were found nearby, elliptical in shape and in orientation NS and SW-NE. A fourth kiln was found in the NE corner of the rectangular building. All kilns were used for firing ceramics and glassware (Fig. 3). NW of this area, a votive statue base was found, in masonry style of the third century BC.
A disturbed tiled roof grave of the Roman period was found, with orientation NS. A second grave was found, in which grave goods included a clay tablet and lamp.
Many pottery fragments of the Roman period were found throughout the excavation, as well as glass vessels, and coins. 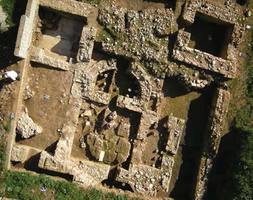 Fig. 2/ Building complex of the Roman baths in the NE part of the building 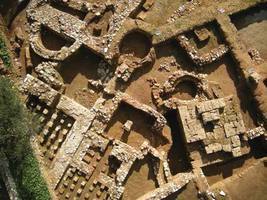 Fig. 3/ Building remains of the Hellenistic period, the Roman baths and the tiled-roof graves in the SE part of the building