The aim of work conducted in 2008 was to complete the excavation of Building A and to fully reveal building E. To the W, the area of the excavation was extended to clarify the size of the Roman cemetery. The agricultural facility extends to seven acres, and consists of three buildings. Building C was discovered NE of building E, and a one-room structure Building D found to the NE / E was thought to be animal housing or a storage facility.

Building A was the only structure fully preserved. It comprised a large main room (room 4: 7 x 7.3m), with an elongated room to the W and two rooms to the N. E of the main room was a courtyard area. A single room building to the outside the S wall had an independent entrance and seemed to be a later addition. To the N wall was a large ceramic kiln oriented EW. Almost all areas were covered in tile.

Room 4 has at its centre a large rectangular hearth, dimensions 1.60 x 1.80m. The remains of burnt wooden beams were located here, which could once have supported the roof. A large amount of pottery (including amphoras) was found in this area, and a large number of charred seeds from inside the amphoras.Five bronze coins were found here, a silver Athenian tetradrachm, iron tools, animal bones, lamps, and various ceramics.

The pottery indicates that the building was in use from the third century BC until the first half of the first century BC. The discovery fo storage pits and transport amphoras containing seeds (and the presence of coins from outside Epirus) suggest this was a commercial outpost in the late Hellenistic period. The building was destroyed quickly (possibly by fire) in the mid first century BC.

85m W of Building A in the area of the cemetery, nine additional graves were located (all pits), two of which were from the Roman period and the rest were Byzantine. One Roman grave was adorned with unpainted pottery and a bronze coin placed at the feet of the deceased. The Byzantine graves were concentrated to the NE part of the cemetery near the ruins of a small church.

Four more prehistoric pits were excavated this year, located W of the previously discovered ones. It is possible that there was an extensive Neolithic settlement in the area. 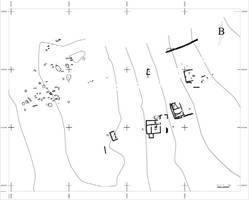 Fig. 1/ Topographic plan of the site 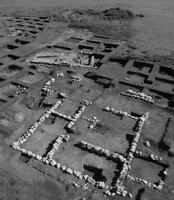 Fig. 2/ View of Buildings A, E and Γ, the agricultural facility 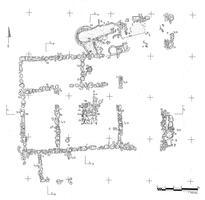 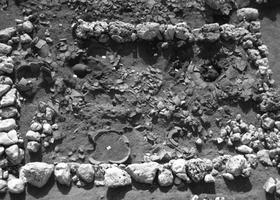 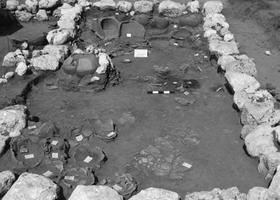 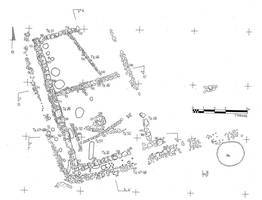 Fig. 6/ Plan of Building E of the agricultural facility

Fig. 7/ Plan of the Roman cemetery and prehistoric pits Fig. 8/ View of the Roman cemetery and prehistoric pits 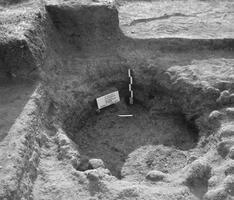