Area of the Church of the Virgin Mary, Ktismata - 2007

Area of the Church of the Virgin Mary, Ktismata. Christos Kleitsas (IB’ ΕΠΚΑ) reports on discoveries made during works on local sewage drainage.

Various ceramics were found here, including storage and cooking vessels, perfume jars and lamps. Terra sigillata was found, some with embossed decoration (Fig. 2). A few sherds of black Hellenistic pottery was found, indicating an older phase of the building. 20 bronze coins and a few bronze objects were found (including nails), and some fragments of glass. Bones of domestic animals were found. 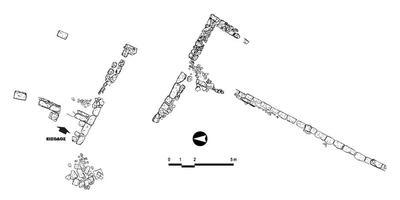 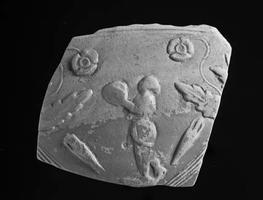