Property of Ch.G. Papakosta, boundary of area between Stratia and Kipouria, Corfu - 2006

Property of Ch.G. Papakosta, boundary of area between Stratia and Kipouria, Corfu. Maria Nakou (H’ ΕΠΚΑ) reports on excavation carried out at this plot in 2006 and 2007.

Vertical ceramic slabs were found in the N and W (Fig. 2). The N unit was in two separate pieces 4m (NS-oriented) and 3m (EW-oriented), while the S area was in pieces 8m (NS) and 2.4m (EW). To the W of this area there was a system of stones discovered.

In the N and W of the site, ceramic wasters were also found, and pottery fragments alongside construction debris. A well was found in the central part of the excavation (Fig. 2 and 3), around which two walls were found. Only a few ceramics and tones were removed from this area.

To the E of the well a clay structure was excavated, consisting of vertical walls and a floor made of tile slabs. Few pottery sherds were found in this area, and also an area of clay slabs to the SW, probably the floor of a separate unit associated with its own vertical walls. This second structure was larger than the previous one, and included white plaster in its construction.

Between the two units a third was found, inside which was an amphora and large painted vessel.

The the NW and N concentrations of stones were found, while at a lower depth in the SW part of the site there were dense areas of ceramic sherds and clay slabs. In the E, there were five walls, probably not associated with one another.

Also to the N there was a large ditch, containing few finds; and to the S a large concentration of ceramic fragments, mainly local amphoras. A gravel pit was also found here.

To the SE boundary of the excavation site, and archaic pottery deposit was excavated, including kylixes, skyphoi, kalathisoi and small phialai. There were also sherds of a decorated skyphos and a clay figurine of a male figure.

On a slope between the SW and NE parts of the site was a large concentration of ceramics dating between the archaic and late Roman periods. There were also fragments of kraters, a fragment of a wooden objects, figurines, a figurine of Artemis, a bird figurine, and local bronze coins of the Roman period.

The excavation seemed to indicate use of the space from the archaic to Roman periods, while the architectural remains are characteristic of a workshop in use between the archaic and Hellenistic periods. There was also evidence that the area was used as a fortification moat during the French occupation of Corfu. The vertical clay slabs might have been part of a temporary storage facility, although there still remain some questions about the characteristics of this area. 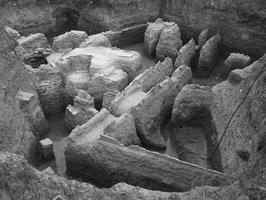 Fig. 2/ General view of the excavation site from NW 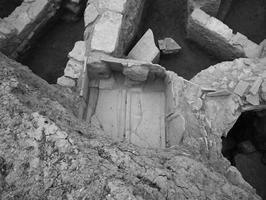 Fig. 4/ Clay structure 2, and part of the underlying construction