Key-words
Altar - Temple - Religious building - Sanctuary
Type of Operation
Excavation - Research excavation
Institution
Österreichisches Archäologisches Institut
Toponym
Kato Lousoi, Kato Soudena, Soudena Ag. Vasileiou (156/1928)
Linked Record
19891995199719981999200020022004200620072008
Report
Lousoi. G. Ladstätter (Austrian Institute) reports on the 2008 excavation season, concentrated on the area of the Hel peripteral temple and the cult complex just W of it.
On terrace 1, a small Hel cult structure (5.7m x 8.1m) associated with an altar has been studied since 2004. Underneath this so-called orthostat building lay the foundations of a further rectangular building (5m x 7m) of the LCl period; associated finds indicate a cult use. Probably in the E Imperial Rom period, the orthostat building was enlarged with the addition of 2 rooms to the N and S. Excavation in 2008 concentrated on the NE of the orthostat building and on the N hall of the enlarged phase. The architectural remains of the altar (1.3m x 2.6m) were uncovered completely. The altar is located 2.7m E of the orthostat building and symmetrically aligned with it. The bad state of preservation of this structure results from recent disturbance. Two further architectural members that can, by their measurements, be ascribed to the altar lay in recent fills in its immediate vicinity. The area N of the altar yielded severely fragmented finds dating from the Cl period to the E2nd Ct BC, similarly to the adjacent cult structures. A deep sounding in the N hall of the orthostat building led to the discovery of stratified Geo material for the first time in this area: at some distance below the lower edge of the Hel foundations lay very small pottery fragments, several sherds of a cooking pot and of a large hydria; for both vessels, 8thCt BC dates are proposed.
The Hel peripteral temple (15.8m x 42.35m) had a peristasis of 6 x 15 columns in its initial phase. From E-W, the sekos consists of a pronaos, a succession of 2 large halls with internal supports and an adyton, inaccessible from the W. The 2008 excavations concentrated in the W hall of the sekos and the N colonnade. In both areas, deep soundings aimed to verify the 2007 results from the E hall of the sekos concerning the pre-Hel use of the area. It soon became clear that the 6 limestone slabs that once held supports subdividing the W hall into 3 aisles were part of the original building phase: in a situation similar to that in the E hall, the slabs rest on foundations of multiple layers of limestone blocks. Further, these foundations cut deeply into the virtually sterile layer of green clay that was placed here to provide stable support for the monumental Hel structure.
The deep sounding in the N colonnade produced the following stratigraphic sequence: underneath the clay packing into which the Hel foundations had been lowered, there is a 1m d.sequence of fills, consisting entirely of secondary deposits of Geo pottery. Under these fills (ca. 1.6m beneath the foundation of the sekos wall) was a primary stratum containing 2 well-preserved cooking pots. Placed carefully in the 2 vessels were a cup and a small jug. Based on their shape, and especially on the characteristic hatched triangles on the shoulder of the jug, this eating/drinking assemblage can be dated to the Geo period (Fig. 1).
In the sounding in the W sekos hall, excavation underneath the sterile clay packing supporting the Hel temple revealed a curved stone setting built of broken-up local flysch and a few pebbles (Fig. 2). Based on its elevation, building technique and stratigraphic context, this wall can be associated with stone settings recognized in the E sekos hall during the 2007 campaign: in combination they can be reconstructed as an apsidal structure 4.5m w. x at least 7m l. This will have to be further verified in future excavations. The deposit of earth within the suggested apse contained fragments of a jug with typical Geo band decoration. Based on the information currently available, the structure dates to the Geo period and is associated with the deep primary deposits under the N peristasis.
Although excavations in the area of the Hel urban centre of Lousoi revealed only occasional evidence for earlier activities, this area also appears to have been in use during the Geo period. Finds so far indicate occasional activities, including eating and drinking (feasting), perhaps with a cult background and probably associated with some simple architecture. These preliminary results suggest that at the bottom of the Soudena plain lay a further Geo settlement or cult place, complementing the Sanctuary of Artemis about 1km to the NE, which can also be traced back to the 8thCt BC. It is further striking that in both cases there is evidence for elaborate rebuilding of the cult structures in the Hel period.
Author
Catherine MORGAN
Bibliographic reference(s)
Unpublished field report, Österreichisches Archäologisches Institut
Date of creation
2010-03-10 00:00:00
Last modification
2021-03-14 02:18:13
Picture(s) 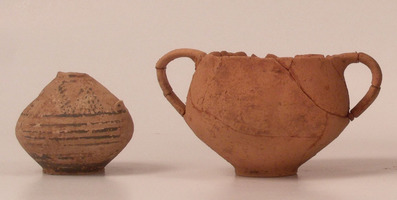 Fig. 1/ Fig. 1 Lousoi: Geometric pottery from a primary deposit beneath the north colonnade of the Hellenistic peripteral temple.