This year’s excavation revealed that the existing two-storey (possibly three-storey) Central Building had an earlier use phase, at least from 2000 BC, and that from 1700 BC it began to be extended into the space around it, as had already been established in earlier excavations, with the addition this year of two new groups of rooms. The result is that investigation through excavation of the N slope of the hill has not been exhausted. Excavation once again demonstrated Zominthos’ political, economic and religious character, throughout its history, linked to its proximity to the cult centre of the Idaian Cave.

This season’s excavation showed that the approach to the N entrance (Fig. 2) was realised already in the Old Palace period (c. 1900 BC) by a ramp, which ended at a strong retaining wall and was covered with paving stones two more times in succession during the New Palace period (1700-1600 BC). An angled, ceremonial corridor was created on the retaining wall, leading to the N entrance, its use from the period of the first palace confirmed by ceramics, in particular cups of the MM period (c. 1800 BC) characteristic of Knossian ceramic production.

In the LMIA level (c. 1650 BC) three stone openings for drainage were uncovered (Fig. 3) in the Central Building and the W rooms that were added to it immediately following its destruction c. 1650 BC (Complex I). From Complex I an important sanctuary outside the Central Building now called the “north sanctuary” is particularly noteworthy. Part of it had been excavated in 2019, specifically an altar laid with stones (Fig. 4), between and upon which ritual and other types (Fig. 5) of vessel came to light, especially rhyta (Figs 6-7). The identification of a small piece of gold leaf led to investigation beneath the stone layer on the altar. In the centre of the underlying level was found a section of burnt wood (Figs 8-9), onto which were stuck, or around which were scattered, c. 90 small pieces of gold leaf (Fig. 10). The excavator interprets this discovery as demonstrating the existence of a wooden figure, coated with gold leaf. (Similar idols with applied gold-leaf are known from ivory figures found at Archanes and Palaikastro.) In the same level were found a ritual grater and a sealstone decorated with an animal on its face. The excavator suggests that the inhabitants of the building preserved the destroyed wooden figure following the first destruction of the new palaces and built the stone altar on top together with the ritual vessels referred to above.

The long-term sacred nature of the space is made plausible by the existence, in the same space, but at a lower level, N of the altar, of an older sanctuary of the Old Palace period (c. 1900 BC), in which were revealed fragmentary human and animal figurines, among which is a fine female figurine dubbed the “Lady of Zominthos” (Fig. 11).

North of Complex I, a second group of rooms (Complex II) was uncovered, separated by a narrow passage from the first. The rooms are paved and equipped with a remarkable system of drainage pipes, with channels starting from Group I and continuing northwards (Fig. 12). In one of the rooms of Complex II, among ceramic finds, an important seal in the form of a flower came to light, dated to the Old Palace period (Figs 13-14). Ceramic remains demonstrate convincingly that use of the area started already before the establishment of the First Palaces (i.e. before 2000 BC).

Later use of the section excavated this season is demonstrated by a coin of the Venetian Doge Pietro Gradenigo (AD 1289-1311) (Fig. 15).
Author
John BENNET
Bibliographic reference(s)
https://www.culture.gov.gr/el/Information/SitePages/view.aspx?nID=3523
Ergon (2020), 43–5 Fig. 2/ Zominthos - the ramp leading to the N entrance (arrow) 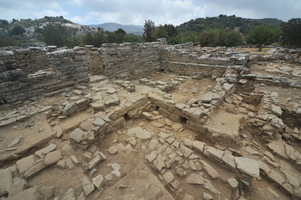 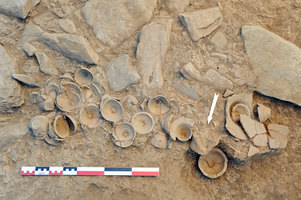 Fig. 5/ Zominthos - vessels on top of altar in Complex I 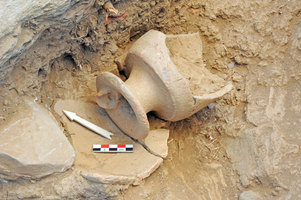 Fig. 6/ Zominthos - detail of vessels on stone altar in Complex I 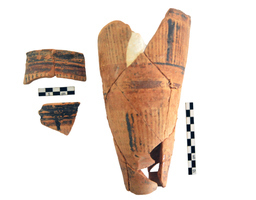 Fig. 7/ Zominthos - fragmentary rhyta from altar in Complex I 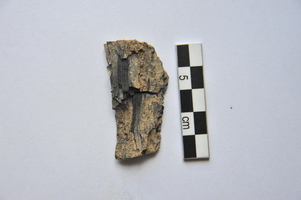 Fig. 8/ Zominthos - fragment of wood from within altar in Complex I 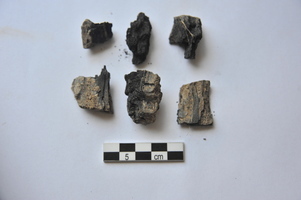 Fig. 9/ Zominthos - fragments of wood from within altar in Complex I 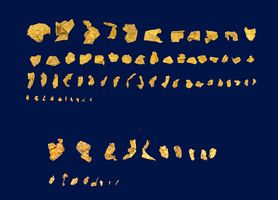 Fig. 10/ Zominthos - pieces of gold leaf from inside altar in Complex I 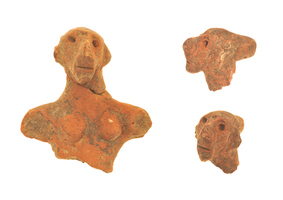 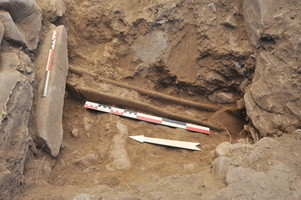 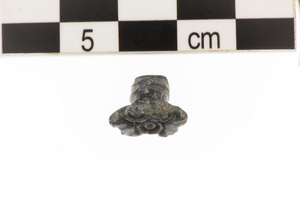 Fig. 13/ Zominthos - sealstone in form of a flower from Complex II

Fig. 14/ Zominthos - sealstone in form of a flower from Complex II (drawing)