Of interest is part of a clay bull figurine (Fig. 5), which fell from the upper floor of the building along with stone disks and a rectangular stone plaque (Fig. 6), which the excavator suggests belonged to a chess set.

W of the central building, in a room, were found part of a vessel decorated with spirals and a rock-crystal amulet. 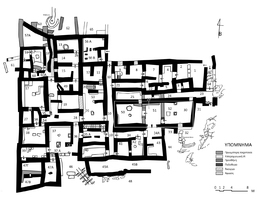 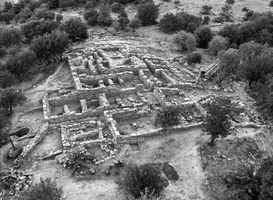 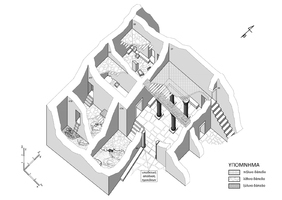 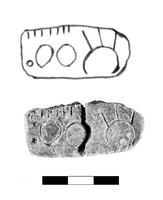 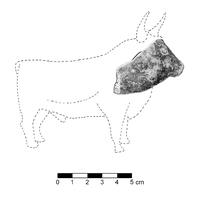