Toponym
Athens Centre (Plaka, Monastiraki), Athènes Centre
Linked Record
2013
Report
Athens, Roman Agora. Nikolaos S. Tsoniotis (A’ ΕΠΚΑ) reports on excavations conducted across this site.
Mihrab in the interior niche of the Byzantine church’s chancel
Excavation was conducted between the levels of the clay floor (also containing high amounts of plaster, and located in 2001) and the stone foundations. Many fragments of plaster and mortar were removed, and also metal objects including nails, and a bronze coin that was so poorly preserved that it could not be dated any more precisely than to the Venetian period. A marble colonnade was also found below the floor: a hole through its centre suggests it could have been used as a fountain. Pottery from the mihrab dated to the end of the eleventh century / start of the twelfth century AD (green and brown painted ware) and also between the seventh and fourteenth centuries AD (late sgraffito ware). A few sherds were found dating to the Ottoman period. Small pieces of Byzantine fresco were found covering the surface of the bricks on the E and N walls of the Fethiye Mosque, and also W of the mihrab.
Grave 2
A cist grave was excavated a few cm S of a marble sarcophagus excavated in 2000, a short distance from the N wall. The grave is 2.25 x 0.67m, with a preserved height between 0.75-1.04m. The base of the tomb was lined with tiles, some of which were bound with a light-coloured mortar. Two burials were located inside the grave, but it is thought that the total material found could belong to four people. There was one adult skeleton of an individual 1.70m in height, with its head placed to the W. A second individual was located S of this, but the bones were badly preserved. A few other scattered bones were found, and four more skulls to the W of the grave. Ceramics from the grave are dated to the thirteenth and fourteenth century AD.
The floor of the church
Between the S part of Grave 2 and the north wall of the mosque, excavation brought to light a plaster floor, covered by material dated to the thirteenth and fourteenth centuries AD. A bronze coin was found, but it was poorly preserved and can be dated no more precisely than to the Venetian period.
Sector A
Outside the church and between the central and northern niches, a tiled-roof grave was found (Grave 11). This was oriented EW, containing a skeleton of c.0.7m with the head placed at the W end on top of a small plinth. The individual was probably a young adult.
Excavation S of the church
The S wall of the central aisle was revealed, which meets an angle with the E wall and the S niche of the chancel. The floor section was made of white marble, and also narrow slabs of Karystos marble. Ceramics were dated to the end of the thirteenth century and fourteenth century, but there were also a few twelfth century sherds.
Clock of Andronikos Kyrristos, Sector Γ
As part of maintenance work on this monument, a test trench was laid on the N face of the clock. The N section of a grave was found, which had been carved into the natural rock. It had dimensions 1.20 x 1.80-1.90m, oriented EW with a preserved height of 0.75m. Various Corinthian ceramics were found at the base of the grave, and also a few vessels with relief decoration. Scattered bones were located, which were poorly preserved. Pottery indicates the grave was used up to the Byzantine period. The level of the foundation wall to the N seems to be the sixth or seventh century.

Fig. 1/ View from W/NW of the excavation in the interior of the church. In the lower part of the picture, Grave 2 and the right side foundation of the Fethiye Mosque are visible 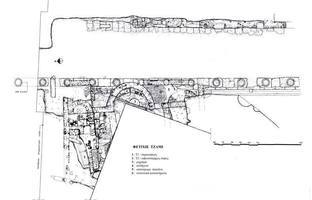 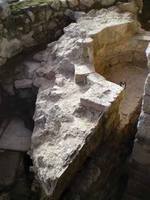 Fig. 3/ View from N of the mihrab in the niche of the chancel 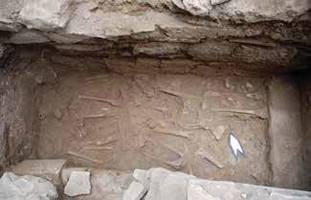 Fig. 4/ Grave 2 in the N aisle of the church. The floor level is visible on the right

Fig. 5/ Floor, SE of Grave 2 and in the central aisle of the church

Fig. 6/ Floor of the church in SE corner of the central aisle 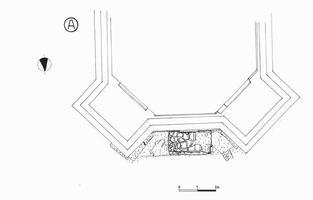 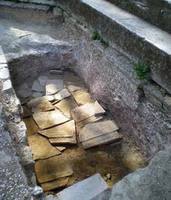