Toponym
Thorikos, Thorikon, Thoricus
Linked Record
20182019
Report
Thorikos. R. Docter (EBSA / Ghent University) and S. Déderix (EBSA / Universität Heidelberg / Université catholique de Louvain) report on the second year of work at Thorikos. The 2019 comprised in the first part a systematic study of the finds from the Theatre excavations (1963-1965, 1975, 1977, 2011-2012) with a view to the comprehensive publication of this highly important monument, directed by R.F. Docter and A. Kapetanios (Ionian University of Corfu). Second, excavation of a structure investigated in 2018 was continued in macrosquare C51, having been investigated earlier by Ghent and Utrecht Universities. Four phases could be distinguished; initially the structure seems to have formed part of a defensive enclosure separating the city from the cemeteries, probably dating to the 5th century BC. This was transformed into a cistern in a second phase, re-occupied in the Late Roman period and finally re-used in Early Modern times. Third, several structures/anomalies that had been detected during geophysical prospection were investigated, located in an area that is interpreted as a Classical cemetery (‘South-East Necropolis’). This work was conducted as a collaboration between Ghent University (R.F. Docter) and the Georg-August University of Göttingen (J. Bergemann). Apart from traces of quarrying, one structure in particular was partly excavated that looks to be a large funerary monument of the 4th century BC.
Later in the summer, a team led by R. Laffineur (Université de Liège), S. Déderix (Universität Heidelberg/Université catholique de Louvain) and N. Papadimitriou (Universität Heidelberg) returned to the site to contribute towards the study, contextualization and publication of the Bronze Age remains excavated on the acropolis of the Velatouri during the 1880s-1890s and the 1960s-1970s. The surface survey was continued, with a focus on the north and upper west slopes of the hill, while several built features identified in 2018 near the summit of the Great Velatouri were mapped and studied in collaboration with a team of graduate students from the School of Architecture of the National Technical University of Athens. In parallel, the monumental tombs on the saddle (Tombs I, II, IV and V; Fig. 1) and the east slope (Tomb III) were cleaned and recorded in 3D using photogrammetric and laser scanning methods (G. Cantoro, IMS-FORTH). The study progressed in the museum, where a broad team of specialists pursued the investigation of archives and finds from the excavations conducted by Servais in the prehistoric settlement and tombs between 1963 and 1977. 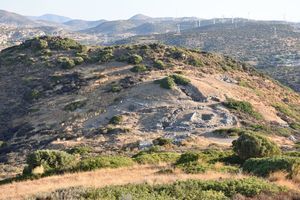 Fig. 1/ The necropolis on the saddle at the end of the 2019 campaign