Toponym
Glyfada
Linked Record
20142015201720182019
Report
Glyfada, Asteria. K. Kaza (ASA) reports on further excavations at this site. Two natural circular basins with diameter 6m and 10m were investigated, carved out of the natural rock. Two large pits were also investigated. They seem to relate to a Neolithic period metallurgical workshop.
Flooding at the site stopped excavation work; from the flood debris, various vessels were found, metal cups, and pieces of bronze.
Ceramic finds suggest that the area was used as a production site from the Neolithic period through EHII. After the Neolithic period, the area was also used as a cemetery. 117 graves have been found through excavation, possibly comprising one of the largest cemeteries of the region. 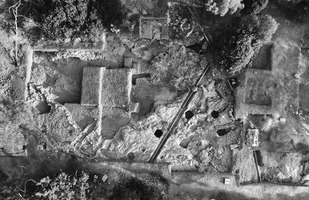 Fig. 1/ Aerial photograph of the large pit and the surrounding rocky area 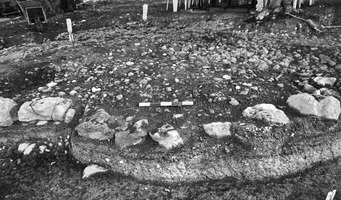