Megara, Agia Laura Street (O.T. 243, plot of I. Valta). Maria Tsichli (Γ ΕΠΚΑ) reports on the excavation of an underground storage area (the ‘Megaron’), comprising rectangular units (Fig. 1 and 2) supported by four walls (Fig. 3). The initial phase of construction dates to the second half of the fourth century B.C., and the second (including repair of Walls 3 and 4) dates to the 3rd-1st centuries B.C. Pottery and finds from the area indicate continued use from the early Hellenistic period to early Roman times (2nd half of the 4th century B.C. to early 1st century AD), after which the area was abandoned owing to fire.

Fig. 1/ View of the basement from S 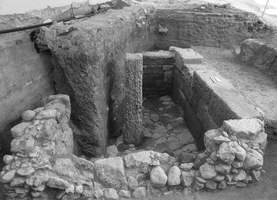 Fig. 2/ View of the basement from N

Fig. 3/ Plan of the basement, including sectors and plans of the four walls 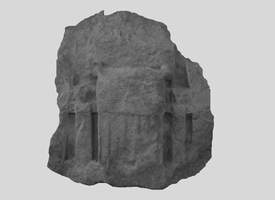