Trapeza Aigiou. Andreas G Bordas (ΣΤ ΕΠΚΑ) reports on a fourth season of systematic excavation at the Late Archaic temple. This season’s excavation encompasses the completion of the trenches along the east, narrow side of the temple in order to locate the rest of the architectural sculpture of the E pediment. Excavation was also continued along the N long side and investigation of the ptera was begun. Trenches A/07 and B/07 along the E narrow side yielded the rest of the sculpture of the E pediment (29 pieces). There are small and large fragments of human figures in the round and many of heads and manes of horses. A warrior head, with a Corinthian helmet, stands out. The finds indicate that a warrior scene was depicted. Also, in the SW corner of Trench, 3 joining fragments of a clay spout in the shape of a lion’s head from the roofing were found (Fig. 1). Other finds: metal objects (mainly iron clamps for sculpture) and sherds (some of which are dated in the Geometric period).

On the W narrow side, in Trenches A/09 and B/09, after the removal of fallen architectural members that were found last season, complete sections of the raking sima (επαέτια σίμα) of Megarian type were found (Fig. 2), as well as fragments of the clay corner spout in the shape of a lion’s head.

The N pteron of the temple was investigated. In the past in this spot, part of a lime plaster floor was found. Below a section of disturbed fill, an extensive destruction layer consisting of pan-tiles of Corinthian and covering tiles of Laconian was found (Fig. 3). On many of the covering tiles there was a city stamp of the late Hellenistic – Roman period that read ΑΙΓΙΕΩΝ. This evidence of the roof’s final repair. At a few points in the ptera sections of lime-plaster floor were found. The floor was destroyed mostly by the collapse of the building, the planting of a vineyard, and the continuous cultivation (Fig. 4). 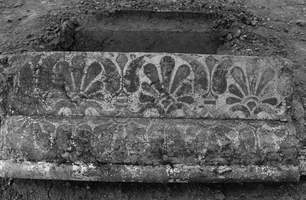 Fig. 1/ View of the east side of the roofing, photograph taken from S 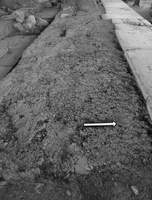 Fig. 3/ View of the destruction layer with ceramic tiles, in N pteron 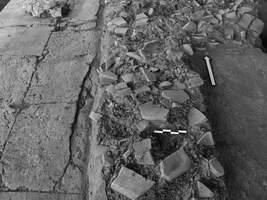 Fig. 4/ View of the plaster floor in N pteron of the temple