At KM 40+172, Hellenistic to Roman remains were found (Fig. 1). In the first building phase, remains of a large, wide wall with N/NE-S/SW orientation was found. In the second building phase, deposits of material from a kiln contained burnt clumps of clay, ground schist stones, remains of burning, and wedges and supports of vessels for their firing in the kiln. A line of stones defined the area of the deposit. The kiln itself was not found. In the last phase, 2 walls forming a corner were found founded on the kiln deposits. A destruction layer was found outside the room and beneath it pottery of the Roman period and 6 corroded bronze coins. SE of the room, a layer of stones and fragments of tiles were discovered.

At KM 41+130/41+140, remains of a farmstead of Classical/Late Classical period were found (Fig. 2). There were 3 walls defining 3 spaces. In the NE room, part of a hearth and semi-circular structure were found.

At KM 41+150, a large built drain with SW-NE direction was found, but it turns to the ESE at its NE extent. In the NW part of the drain, a layer of black-glazed tiles and Hellenistic pottery was removed. Perhaps at some point the drain was blocked at this point. To the S of the drain, fragmentary walls and layers of stones and tiles were found. The pottery in general belongs to the Archaic/Classical and Hellenistic periods. The main phase of the drain is in the Classical period.

A bath was built in the Late Roman/Early Byzantine period that destroyed the continuation of the drain. From the bath a coin of the 3rd c. AD was recovered. Small finds: clay loom weights, fragments of figurines, miniature vessels, fragments of a stone vessel and iron nails.

At KM 41+210/41+230 (Mouchtaiika), remains of a Mycenaean settlement of LH III B/III C was found (Fig. 3). This is the main (2nd) building phase of the site. In various rooms there were floors of beaten earth and some kind of hearth. The spaces of the central section of the excavation belong to a common building, but there may be a second one to the NE of the trench. Small finds: fragments of skyphoi, violin-shaped fibula, clay figurines, a stirrup jar.

In the 1st building phase belong clusters of stones, compacted layers, and pits of various sizes and depths carved in the natural ground. Most of these layers date to the EH II period (pottery: sherds of a frying pan, sauce boat, phialae, and askoi). Perhaps in the same period belong the stone objects discovered in the area in general (querns, grinders, obsidian). From one pit, pottery of Final Neolithic was collected and a large pit was covered with deposits of the EH period. In the last building phase that destroyed some of the Mycenaean settlement, 2 long walls belong. They form a large space. From the pottery the walls date to the Archaic/Classical period (pottery: small black-figured aryballos). This LH IIIC settlement is unusually inland, whereas other such settlements are coastal. 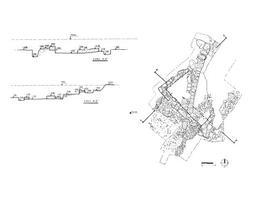 Fig. 1/ Plan and limits of the excavation 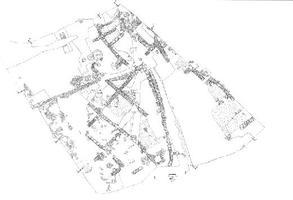