Sparta, Agios Nikon Street (O.T. 45, property of A. Katsari). Afrofditi Maltezou (Ε ΕΠΚΑ) reports that in the whole area of the property ancient building remains were found (Fig.1). An ancient road with the orientation N/NW-S/SE (Fig. 2) ran through the central section of the property. The top layers of the street are fragmentary because of modern structures that exist in the same space. Six successive street surfaces made of beaten earth, gravel, pebbles, and small fragments of pottery were identified. At the level of the 2nd street surface, wheel ruts were found. The road probably would have ended at the S side of the acropolis and the agora of ancient Sparta.

Eleven channels consisting of clay cylindrical segments joined with mortar and mud were found in the street and were used for the water and drainage needs of the city. Most pipes had a N-S orientation with a few exceptions to the NE or NW. Two drainage channels with a E/NE-W direction that run perpendicular to the street end in the big built drain (#3) that runs along the W of the ancient street. On each side of the ancient street, running parallel to it, 2 vaulted drains were discovered (#3 and #1). These were used to collect run off from rain and effluent. To the W of Drain 3, one more built drain was discovered. In its N wall there was worked marble found as spolia. In the S there was a stone orthostat embedded. This drain was linked with Drain 3.

Along the street and built drains, spaces with floors and hearths, and also wells, small cisterns and channels were discovered. The successive building phases and the plans of this space cannot be reconstructed due to their fragmentary condition.

In the N part of the E section of the excavation, 2 areas/rooms were discovered. A common wall (#4) defines them to the W. The wall that is attached perpendicularly to the E face of Wall 4 divides the 2 rooms. In the N space there were 4 successive earth floors. A large number (148) of complete or fragmentary bronze coins dating mainly to the 4th c. AD were found during the excavation of these floors. Hearths that were located and founded in the dividing wall of the 2 rooms belong to a later phase. A hearth and earth floors were also found in the S room. Important finds: 14 storage amphorae of the late Roman period found in the NW corner of the S room, an iron oenochoe among the amphorae, while close to them an inscribed, bone diptych (Fig. 3, MS 17572), the top part of a bone object that represents a nude Aphrodite (MS 17574), a glass square oenochoe of deep green colour (MS 17578) was also found. In the same space, fragments of previous architectural remains and a circular well carved in the bedrock were discovered. From the well, a 3-spouted lamp (MS 17653) of the Hellenistic period was collected.

The discoveries indicate trading activity on this side of the street. To the S of these 2 rooms in the S part of the E section of the excavation, a well was discovered. It was framed by a clay ring to which a small trapezoid cistern was attached together with a small built channel with E-W direction that ended to the W in Drain 1. A small paved structure of unknown use was also attached to the mouth of the well.

In the W section of the property there was long and continuous use of the space. Sections of rooms were found with successive floors, destruction layers of tiles, clusters of fragmented pots as well as hearths. Also, channels with pipelines directed to Drain 3 and a well carved in the bedrock were found. From the inside of the well, Archaic pottery was collected and shows that from an early time it was used as a deposit. Sherds of redslip pottery indicate the use of the well a dump during the Roman period.

The pottery collected from the excavation is dated mainly to the Hellenistic, Roman, and Late Roman periods. The structures are also dated to the same periods. The earliest architectural remains are the W side wall of Drain 3, which could be dated in the Hellenistic or early Roman periods. However, the largest part of the architectural remains are dated in the Roman and Late Roman periods. During this period a common urban plan and street network was developed with an organised water and drainage system. We also have sherds of Byzantine glazed ware and pottery of the Archaic and classical periods. 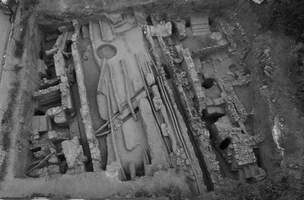 Fig. 1/ Overview of the excavation. View from S/SE 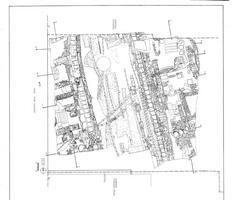