2018 saw the completion of the uncovering of an unlooted chamber tomb of the early Mycenaean period (c. 1650-1400 BC), one of the larges yet discovered at Aidonia. The newly uncovered tomb is distinguished by its short, but especially wide dromos, the equally short and wide stomion and the circular-ellipsoid plan of its chamber, which in some areas approaches and in some areas exceeds 6m. Both its entrance and its chamber show formal similarities with early Mycenaean tholos tombs of medium size. In the floor of the chamber 4 large pits were cut, covered with large stone slabs, another feature that is reminiscent of early Mycenaean tholos tombs. Within the pits themselves the earlier burials were investigated, which were accompanied by ceramic tableware and storage vessels, a limited number of which were monumental, such as a set of “Palace Style” pithamphorae with symbolic decoration inspired by the plant and sea worlds. Also discovered were bronze knives, daggers and swords, as well as many arrow-heads of bronze, obsidian and chert. Jewellery was also collected: necklace beads from various raw materials, pins and other prestige items, such as sealstones.

Use of the tomb continued into the later Mycenaean period (c. 1400-1200 BC), to which period are dated the burials found immediately upon the chamber floor, less richly furnished in comparison to the early Mycenaean examples. Excavation also demonstrated that, after the use of the tomb, there followed the collapse of part of its roof in the Mycenaean period and the formation of a rock shelter visible before investigation began. The extended use of this site both in the Archaic to early Classical period and in the Roman Imperial period as well as in the transition from middle to late Byzantine resulted in the collection of very thick fills, which for the most part preserved the Mycenaean monument intact.
Author
John BENNET
Bibliographic reference(s)
Ministry of Culture & Sports Press Release 4/10/18 https://www.culture.gr/el/Information/SitePages/view.aspx?nID=2383.
Date of creation
2019-08-12 19:05:45
Last modification
2019-08-12 19:26:55
Picture(s) 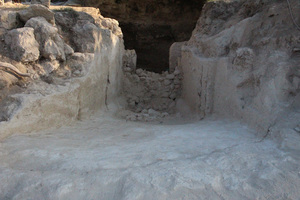 Fig. 1/ Aidonia: the dromos and stomion of the monumental chamber tomb. 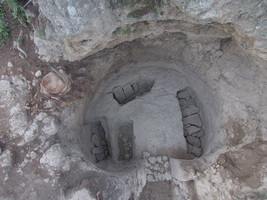 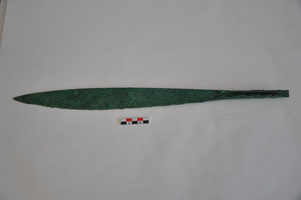 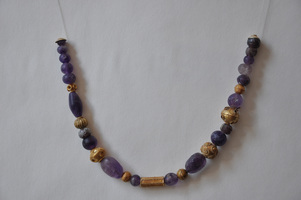