Archaia Epidauros, Nisi (former property of B. Tsitos-Laskaras. Christos Piteros (Δ’ΕΠΚΑ) reports on excavations on the eastern side of the Acropolis of Epidauros, known as ‘Nisi’. The property is located in the eastern part of the acropolis and a short distance west of the eastern side of the fortification. It is also in direct contact with the current rural road that runs W-E, along the length of the peninsula of the Acropolis. This street is the same as the ancient main road, ave. width 4-4.50 m., on either side of which is the acropolis settlement, with secondary roads (NE-SW). South of this road, the slope of the ground has meant that the ancient urban plan was shaped by elongated terraces (NE-SW), on which the lower parts of ancient walls are visible. On this property, a Hellenistic house was preserved in good condition (Fig. 1-2). The house was accessed via the midpoint of the northern narrow side, where an inner corridor formed (NE-SW) (Fig. 2). The revealed portion of the house consists of 8 rooms arranged symmetrically, while the lower inner section of the rooms preserves a fragmentary coating of plaster. On the south side of the house is a section of stone stairs (1.1 m). On the corresponding north side of the road, there are two houses in series (W-E) and part of a third house to the north. From these discoveries, it is clear that an organised Hippodamian system was implemented on the Acropolis of Epidauros (axis E-W, with smaller perpendicular N-S roads).

Fig. 1/ Plan of the Hellenistic house 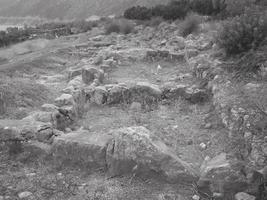 Fig. 2/ General view of the Hellenistic house from the North