Key-words
Domestic space - Residence - Numismatics - Tools/weapons - Metal - Dress and personal ornament - Painting - Stone
Type of Operation
Excavation - Research excavation
Institution
ASA
Toponym
Anogeia
Linked Record
198819892004200620072008200920102011201220132014201520162017201820192020
Report
Zominthos. E. Sapouna Sakellaraki (ASA) reports on continuing excavation of the site (Fig. 1). Room 1, originally open to E and N, had been walled in; here were found fragments of coloured plaster (Fig. 2), over 150 Late Minoan I conical cups and other ceramics. In the adjacent Room 2 a paved entrance was uncovered including 3 slabs forming a polythyron (Fig. 3); the pottery found dated to the Late Minoan IA period with plant decoration. An immediate result of the excavation in this area was the uncovering of the extension of Corridor 24 to the E (Fig. 4), previously covered by Roman period foundations and the collapsed upper floor of the Minoan period.

In Corridor 23 there were also modifications to the building after 1600 BC: the entrance went out of use and a new one was opened in its N part. Here discoveries included Late Minoan IA ceramics, rock crystal, obsidian and cups of the Protopalatial period. The space was used in the advanced Roman period, as demonstrated by a coin of the Emperor Hadrian (Fig. 5).

The large building was extended to the NW, where new walls created new rooms also on the W, where in Room 57a were found a fragmentary bull’s-head rhyton, a fragment of a vessel with ram’s-horn decoration and a stone eye (Figs 6-8).

In Room 38 a bronze chisel was found (Fig. 9), as well as a pendant and pottery. In room 46 material of the Mycenaean period was recovered. 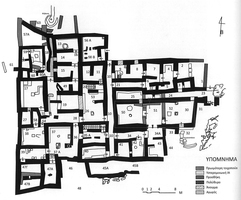 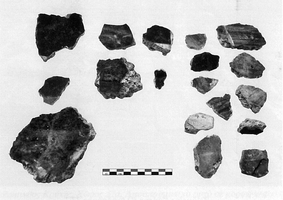 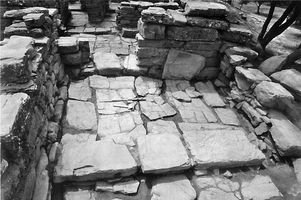 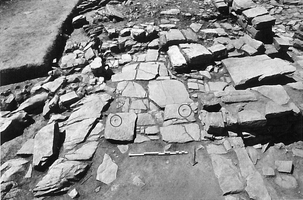 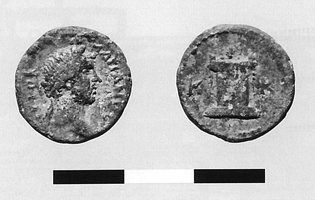 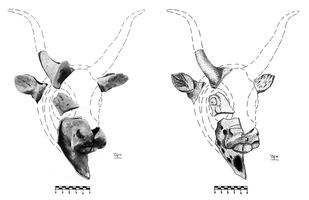 Fig. 6/ Zominthos: Room 57a, fragmentary rhyton in the form of a bull’s head. 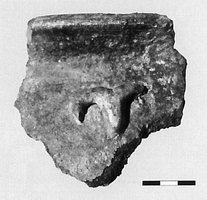 Fig. 7/ Zominthos: Room 57a, fragment of vessel with horn decoration. 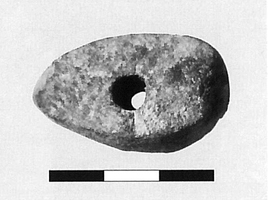 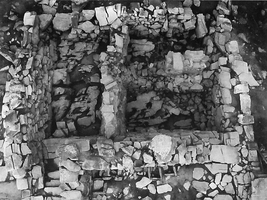 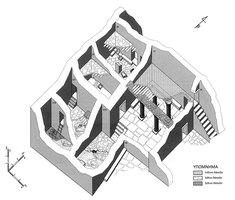