Key-words
Public area - Production/extraction site - Public building - Agricultural facility - Entertainment venue - Theatre - Sculpture
Type of Operation
Excavation - Research excavation
Institution
ASA
Toponym
Thouria
Linked Record
200820092010201420162017201820192020
Report
Thouria. X. Arapogianni (ASA) reports on a further season of excavation of the ancient theatre of Thouria (Figs 1-2). The orchestra was completely uncovered, over which, following its abandonment, a long building (18m L x 6.15m W) was constructed using stone from the theatre and preserved to a maximum H of 1.40m. Its interior was divided into 3 intercommunicating rooms and in one area were remains of a wine-press (Fig. 3) revealing the agricultural nature of the building, according to the excavator. Within the building were found a layer of roof tiles, undiagnostic later pottery and fallen walls, among which was found a fragmentary statue of Athena preserving the aegis (Fig. 4). Outside the building rooms had been built as additions, also of agricultural nature, in one of whose walls was found part of a relief. These additional rooms also covered part of the channels of the moving skenotheke, whose extent is thus further confirmed. On the S side of the cavea were recovered remains of the S parodos, 15m L, preserved to 5 courses, with 5 pillars.
Author
John BENNET
Bibliographic reference(s)
Ergon (2018), 19-22.
Date of creation
2019-08-11 13:10:36
Last modification
2019-08-11 17:08:08
Picture(s) 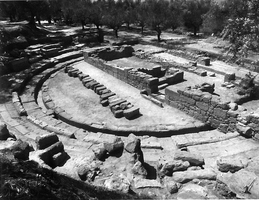 Fig. 1/ Thouria, Theatre: later building in the orchestra of the ancient theatre, from the NE. 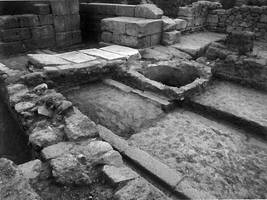 Fig. 3/ Thouria, Theatre: the wine-press, viewed from the SW. 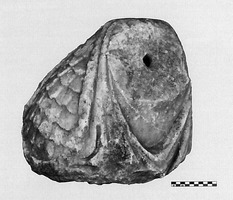