Thouria, Ellenika. X. Arapogianni (ASA) reports on a second season of excavation of the ancient theatre of Thouria (Fig. 1). Revealed this season were: the circumference of the orchestra, 16.30m dia. (Fig. 2), the rainwater drain which encircled the orchestra, seats of the first row and the lower cavea, onto which had slipped from the upper parts of the theatre architectural elements and seats (Fig. 3). A number of seats remained in situ, attesting to the monument’s generally good preservation; study to date suggests that 8 staircases divided the cavea into 9 sections (κερκίδες) (Fig. 4).

About 2m W of the N parodos wall the entrance to the stage-building was revealed, defined by a stone threshold (Fig. 5). In front of the building were identified the stone channels for the wheels that moved scenery (Fig. 6), an innovation shared with the theatre at Messene.

After the theatre’s abandonment a workshop was established on the site and burials were made nearby. 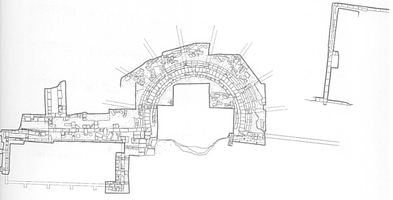 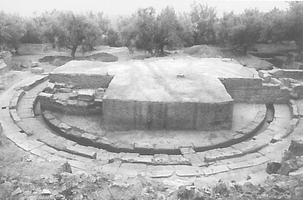 Fig. 2/ Thouria, Ellenika, Theatre: the orchestra, viewed from the east. 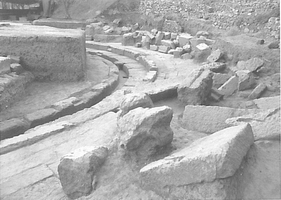 Fig. 3/ Thouria, Ellenika, Theatre: view from the northwest of fallen sections of the cavea. 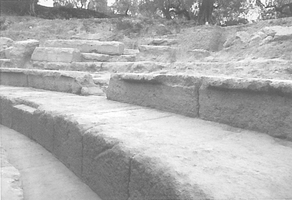 Fig. 4/ Thouria, Ellenika, Theatre: south part of the cavea, view from the west of preserved section with seats in situ. 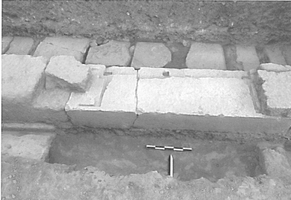 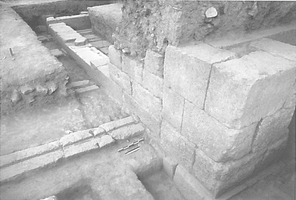 Fig. 6/ Thouria, Ellenika, Theatre: stone channels in front of the entrance to the stage-building, from the southeast.