Southeast of the stoa was found part of another stoa orientated N-S, while the known stoa was orientated E-W. The new stoa is dated to the early Roman period and was single-aisled with a Doric colonnade on its façade.

In the northwest part of the agora the foundations of a small temple (c. 11 m. long by 7 m. wide) were uncovered (Figs 3-4), built at the end of the Classical or the beginning of the Hellenistic period; it was dismantled in the early years of the Roman period. There are carved mason’s marks on several of the stones.

In a trench in the northeast part of the palaestra its inner and outer corners were revealed, made of dry stone, tile and mortar. Outside the outer wall a semi-circular exedra was built in the same style and material in the later Roman period. The existence of two further exedrae – one orthogonal, the other semi-circular – were confirmed through geophysical prospection to the east of the excavated one and on the same exterior wall of the palaestra.
Author
John BENNET
Bibliographic reference(s)
Ergon (2014), 24-28
Date of creation
2017-07-19 00:00:00
Last modification
2018-08-22 09:24:50
Picture(s) 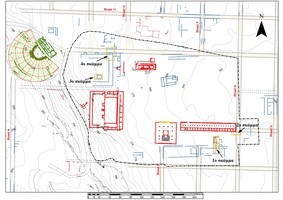 Fig. 2/ Ancient Sikyon: plan of the foundations in the first excavation south of the long stoa (A. Gounaris). 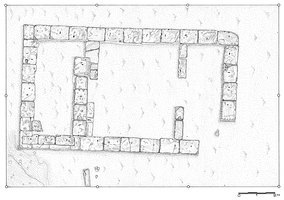 Fig. 3/ Ancient Sikyon: plan of the small temple in the third trench north of the palaestra (A. Gounaris). 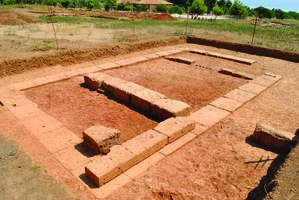 Fig. 4/ Ancient Sikyon: the temple from the southwest.