Palace and Landscape at Palaikastro - 2015

Excavation carried out in 2015 completed the plan of Building AP1 (Fig. 2) and confirmed that it is a substantial LM III building with at least two phases of occupation in that period, and a final abandonment during Palaikastro Period XV (LM IIIA2-B). The massive LM III dump outside wall 50 (S front of AP1) could reflect a clearing event, probably related to its second LM III occupation phase. This LM III building utilised some walls belonging to an earlier Neopalatial (LM IA and B) structure decorated with frescoes, the foundation of which may go back to the Protopalatial period, on the basis of pottery recovered from various rooms, especially 3a and 4. It is likely that some deposits from Trench A3, excavated in 2013 and containing LM III material mixed with Neopalatial, represent clearing operations and refuse from this building.

The second structure completed in 2015, Building AM1 (Fig. 3), appears on the basis of preliminary study to be a coherent Neopalatial building of fairly typical layout and circulation with broadly similar finds to those of other buildings from this period on the site. It is large (310 m2), and its LM IB phase shows a fairly uniform construction in planning and execution. There was a pre-existing structure, at least earlier in the Neopalatial, but the LM IB construction phase severed any link to the earlier strata in all but a few instances, with floor packing and reused wall lines. As noted last year, there was LM III reuse in various areas of the building.

Although there appears to be an earlier building here, there is very little material preserved from it: almost no MM, and only some LM IA, despite very deep preservation of walls. Possibly, the depth of the walls stems from reuse. In any case, major reconstruction with essentially the whole building built in LM IB fits the pattern of B4 and 5, House N, Blocks B and P, for example, elsewhere on the site. As the building is part of a town-wide ground-up reconstruction phase, it is also similar to other buildings from the site in terms of its relative luxuriousness – size, use of ashlar masonry, paved floors, plaster and so forth – and, perhaps more importantly, an increased focus in LM IB on industry/trade at regional, local and domestic scales. The repeated finds of strainers, fireboxes or other incense related vessels, storage jars, weights, and small stone vessels could all be involved in the production of aromatics at an intermediate scale – somewhere between a cottage industry and an outright factory, benefitting the inhabitants/associates of that house. Likewise the implied scale of the grinding installation (if it was for grain and not part of the aromatic production), which appears larger than necessary even for a house of that size (compare Block E on the site, where two such ‘industrial’ scale grinding stations were in a single small three-room structure tucked between larger buildings).

Evidence for violent and sudden collapse in rooms 14 and 6 (Fig. 4), in the southern part, and for massive deposition of material in Rooms 10 and 13 mark the end of the LM IB building. The latter two rooms, which both showed collapsed and fallen slabs at extreme angles (i.e. vertical or near-vertical), were also the deepest rooms; so perhaps there is a connection there. Both kinds of deposition could have resulted from a seismic event – collapse to the west and some kind of landslide to the east. In both cases the destruction may have come after abandonment, as is suggested by deposits to the north. Assuming contemporaneity, the northern rooms seem to have been spared any major collapse, but do seem to have been abandoned. How this fits with other LM IB deposits from Palaikastro is not clear, although we have the sense that this may be earlier than the final destructions, perhaps more Period XI than XII of the overall site phasing.

The third building investigated in 2015 was Building MP1, lying to the south of AM1, across a narrow street (Fig. 6). This building, less extensive than the other two discussed above and only briefly summarised here, appears not to have been reoccupied in LM III, unlike the two above and many others on the site. It was in use in MM III – LM I, much of the material belonging to LM IA. There is more to be learned about the structure from study scheduled for 2016, but the existence of a multi-layer tephra deposit found in space 2 is worthy of note here.

The Palaikastro excavations also operates an extensive programme of bioarchaeological and palaeoenvironmental investigation, covering archaeobotany, zooarchaeology and study of molluscan remains, as well as pollen coring in the site’s vicinity. As these and other finds from the excavation are studied, a much richer picture of life in this eastern, coastal site on Crete will emerge.
Author
John BENNET
Bibliographic reference(s)
Unpublished field report, British School at Athens.
Date of creation
2016-08-29 00:00:00
Last modification
2021-02-23 21:04:55
Picture(s) 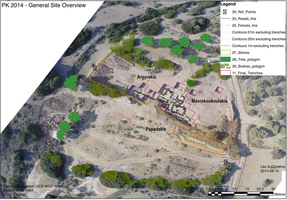 Fig. 1/ Palace and Landscape at Palaikastro, aerial view (2014), showing the location of the three plots investigated in 2015. 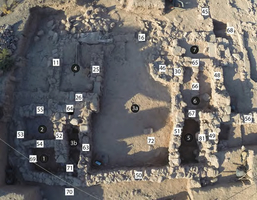 Fig. 2/ Palace and Landscape at Palaikastro, Building AP1 with room and wall numbers. 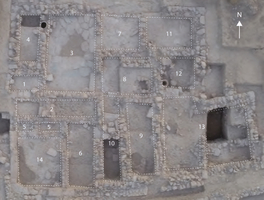 Fig. 3/ Palace and Landscape at Palaikastro, Building AM1 with room numbers. 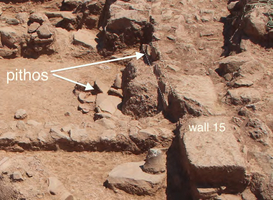 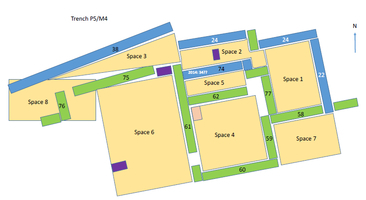 Fig. 5/ Palace and Landscape at Palaikastro, Plan of Building MP1 (space 2 is in the top-centre).