The remains of the Roman bath include three large walls and three drains, a corridor with three steps leading to the hypocaust, a pit identified as the praefurnium, three pi-shaped pipes and a terracotta impluvium. Additional finds include bronze coins, which have not been studied yet. 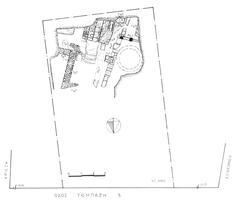 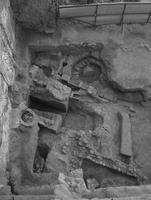