Plaka, 5 Dioskouron Street (property of Andrattol Ltd). Nikos Tsoniotis (Α’ ΕΠΚΑ) reports on further excavation in the plot. A channel constructed with rubble runs E-W, under the cobbled floor reported the previous year (Fig. 1). The mouth of an oval shaft was revealed east of this channel. The shaft appears to have been used as a grey water tank. Sections of walls were excavated east and west of the silo reported in 2005. A facility relating to the production of lime was identified adjacent to one of these walls. Finds from this area include undecorated and glazed post-Byzantine sherds dating in the 14th and 16th centuries, as well pottery dating in the 18th and 19th centuries. The lime production facility dates from the latter period.

Excavations on the interior of the modern residence revealed a poros wall and two terracotta pipes (Fig. 2). Finds from the pipes include a fragment from the rim of a Classical amphora (4th c.) and a sherd dating in the second half of the 2nd c. B.C. Numerous strata were excavated adjacent to the wall. The earliest is dated in the second half of the 5th c. A.D. The others are dated in the 12th c., 13th c. and the late Byzantine period. The 13th c. stratum contained a coin minted at the time of William I de la Roche (1280-1287). Additionally, finds from an excavation trench in the southwest corner of the modern residence indicate that this space was also used in the 7th c. A.D., between the 10th and 12th centuries, and finally in the 16th and 17th centuries.

The aforementioned poros wall (Fig. 2) bears similarities to the excavated sections of the retaining wall of the Street of the Tripods. Additionally, its location coincides with the route of this Street. The excavator therefore identifies this wall as another section of the aforementioned, late Classical to Hellenistic retaining wall.

Other finds from the plot include 600 fragments of marble architectural members, 55 fragments of sculptures and inscriptions, a marble olive-press, and a marble round basin which was dated by M. Korres to 1800. Both Korres and Tanoulas identified this find as a reworked, ionic column drum from the Propylaia. Finally, part of the head of a statue was extracted from the wall of a modern fireplace (Fig 3). The portrait statue is dated in the 2nd half of the 2nd c. A.D. 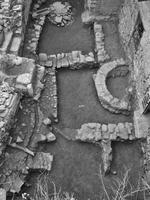 Fig. 3/ Plaka, 5 Dioskouron Street, fragment of a marble head of a bearded man.