Key-words
Figurine - Metal - Domestic space - Find Type - Material Type - Site Type
Type of Operation
Excavation - Rescue excavation
Institution
Στ’ ΕΠΚΑ
Toponym
Aigeira
Linked Record
2006
Report
Aigeira, Phelloe Square (property of I. Efstathiou). E.-I. Kolia (Στ’ ΕΠΚΑ) reports the excavation of a fourth-century BC house, noting also third-century BC buildings remains (not studied), and (at greater depth in the northwest corner of the plot) part of a well-built fifth-century BC wall of cut stone blocks.
The fourth-century house was oriented north-south and extended beyond the plot to east and west. Eight rooms or spaces were excavated, with walls of small and medium stones in soil, worked on the exterior face, preserved to a height of 0.7-0.8m (0.4-0.43m wide). The dense destruction level which covered the building and included much burnt material, contained pottery, burnt wood, many fragments of transport amphorae and Lakonian-type tile and, over the walls, the red earth remains of the decomposed mud brick of the superstructure. Part of the andron was exposed in the northwest part of the building, with a floor of yellowish-white plaster laid on a foundation of gravel and larger pebbles, and a raised platform for couches around the walls: neither the doorway nor the prothalamos were found.
Finds include an early fifth-century bronze figurine of a bull found in a disturbed level.
Author
Catherine MORGAN
Bibliographic reference(s)
ADelt 61 (2006) Chr. 447
Date of creation
2015-07-17 00:00:00
Last modification
2018-08-22 09:24:46
Picture(s) Fig. 1/ Aigeira, Phelloe Square (property of I. Efstathiou), the site. 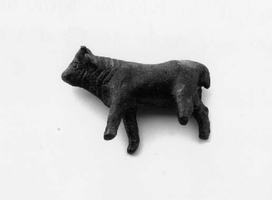 Fig. 3/ Aigeira, Phelloe Square (property of I. Efstathiou), part of the site.