One of the most spectacular finds during the Railway works was that of a substantial part of the Altar of the Twelve Gods, specifically the southeast corner, sections of the east and west sides of the peribolos, and a large amount of the paved court of the monument. Four stones of the krepis of the later peribolos (c. 425 BC) were founded mounted into the krepis of the earlier peribolos (522/1 BC) with H-shaped mortises for the fastening of piers of the stone enclosure. Part of the krepis of the west side of the monument was found covered by the wall of the archaeological site. 22 stone paving slabs were preserved of the western half of the monument of various sizes, their surfaces polished by use and showing strong traces of burning. To the northwest, where the paving was damaged, part of the crowning of the Archaic altar came to light, preserving traces of red paint. The Peisistratid altar, fragments of which have previously been identified, had a floor of cut blocks but perhaps lacked a peribolos. Alterations to the altar referred to by Thucydides could possible be connected with the construction of the first peribolos and the extension of the monument to the east (Agora XIV, pp. 129-136).
Within the course of the Panathenaic Way, and almost in contact with the east peribolos of the Altar, the foundations of a four-sided monument base were found (2.56 x 1.50m) made of reddish conglomerate blocks. The orientation of the monument does not coincide with the Altar but with an exedra found inside the archaeological site. According to ancient sources, the Athenians had set up a statue of Demosthenes near the Altar, but the area also housed monuments to the Tyrannicides and a statue of Pindar.
At the northeast corner of the Agora, just north of the Stoa of Attalos, excavations revealed strong foundations which had disrupted earlier buildings and appear to be related to a Roman basilica of the 2nd century AD, parts of which had been found by the ASCSA north of the lines.
The dromos of a Mycenaean chamber tomb was found disturbed to the north by the central drainage channel of the railway and to the south by the retaining wall of the archaeological site. The long dromos (2.8-3 x 1.5m) was cut into soil running north-south and on its north side had a rectangular niche closed by a small stone wall, continuing beneath the wall of the archaeological site. A Mycenaean tomb (LHIIIB-IIIC) had previously been located in same area with 2 four-sided niches opening from the dromos used for child burials. Northwest of the trench another Mycenaean chamber tomb was found undisturbed. A large part of the chamber is preserved, while its northeast corner and the dromos are beneath the entrance bridge to the site. The chamber is four sided (2.5 x 3.8m) with walls preserved to 0.8m high. Five parallel graves were excavated in the tomb, the dead deposited in two groups facing the entrance. At the west, two adult skeletons were in supine position and between them the skeleton of a child. Next to the head of one of the adults were two one-handled painted cups. At the east one adult was in contracted position, and a child supine with hands crossed, presumably family groups. Finds from the two chamber tombs date around 1500-1450 (LH I-IIA) and belong to a Mycenaean cemetery at the northeast area of the Agora, from which four further chamber tombs with dromoi on the same orientation have previously been found. Other Mycenaean graves have been found hitherto in the Agora in groups along the north slope of the Areopagos, the east slope of Agoraios Kolonos, and one individual chamber tomb is beneath the Middle Stoa.
Author
Robert PITT
Bibliographic reference(s)
N. Saraga, in Maria Dogka-Toli and Stavroula Oikonomou (eds) Αρχαιολογικές συμβολές. Τόμος Β: Α’ και Γ’ Εφορείες Προϊστορικών και Κλασικών Αρχαιοτήτων. Athens: Museum of Cycladic Art 2013, pp. 129-147.
Date of creation
2014-08-20 00:00:00
Last modification
2020-02-17 11:08:18
Picture(s) 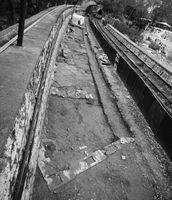 Fig. 3/ Athens, Ancient Agora. Plan of the excavations of the Altar of the 12 Gods and surrounding areas.