Key-words
Inscription - Tools/weapons - Architectural revetments - Public area - Domestic space
Type of Operation
Excavation - Research excavation
Institution
ASA
Toponym
Anogeia
Linked Record
198819892004200620072008200920102011201220132014201520162017201820192020
Report
Zominthos. E. Sapouna Sakellaraki (ASA) reports on continuing excavation in the Central Building. A paved surface was revealed along the north façade of the building, with parts of two processional roads running from the north entrance. In the northwest corner of this area were hundreds of vases, a dagger, and pieces of rock crystal. In room 7, many fragments of painted plaster were found from the upper storey and the ground floor, plus part of a plaster offering table. Fragments of wallpainting were also found in the neighbouring room 8, depicting sprigs of myrtle and birds. The upper storey of room 9 (probably a cult room) was also richly painted: a stone staircase (set in a stone framing structure) led up to it. The greater part of the principal corridor 10 was excavated: it had a paved floor as corridor 21 and room 6.
Investigation of rooms 41-43 produced many plaster fragments and a fine alabastron. In the next rooms, 26 and 53, goat and deer horns were found on stone benches. Room 26 had a paved floor with, in the centre, a stone column base with fragments of a wooden column in situ on it. Finds from room 53 include a bronze brazier with, close to it, two bronze double axes and other offerings. In a corner of this room was a place of sacrifice which produced grinders, wild board teeth, thymiateria and a stone table. A stone altar from room 53 was incised with Linear A characters.
Author
Catherine MORGAN
Bibliographic reference(s)
Ergon (2013), 51-55
Date of creation
2014-07-15 00:00:00
Last modification
2022-03-11 04:24:33
Picture(s) 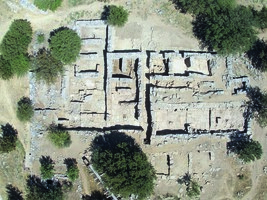 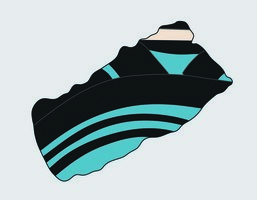 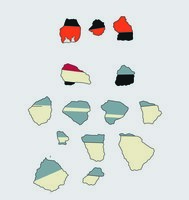 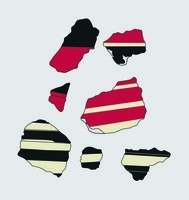 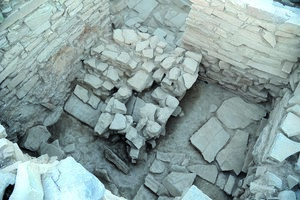 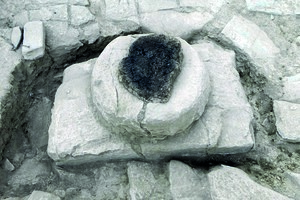 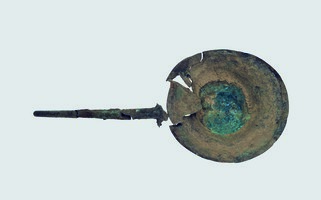 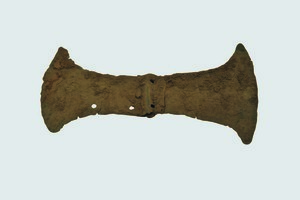 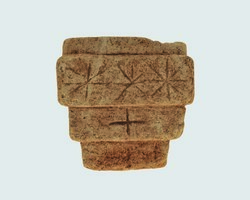