Key-words
Metal - Cemetery
Type of Operation
Excavation - Rescue excavation
Institution
Γ' ΕΠΚΑ
Toponym
Athens Centre (Plaka, Monastiraki), Athènes Centre
Linked Record
2005
Report
Junction of 2 Korai and Stadiou Streets. T. Kokkoliou (Γ ΕΠΚΑ) reports on the excavation of part of the cemetery outside the northeast part of the walls, dating from the second and third centuries AD.
A limestone sarcophagos with stone slab cover, 1.87m long and 0.7 thick, was found to contain a few bones. A tile grave (1.8m long) contained bones laid out on a floor of tiles (its walls were lined with mortar). East of this, and in contact with it, a second tomb (4) was coated internally with plaster and had a floor of rectangular bricks. Disturbed pottery was collected from within the tomb, plus fragments of two iron strigils, a fragment of an unguentarium, a number of sheets of leaf gold, and a little bone. Two terracotta unguentaria were found in situ in front of each tomb.
All the graves were oriented north to south. They form the boundary of a large cemetery excavated in Syntagma Square, which continued towards Akadimias and Panepistimiou Streets and finished at Korai Street.
Author
Robert PITT
Bibliographic reference(s)
ADelt 60 (2005) Chr. B1 97-98
Date of creation
2014-07-05 00:00:00
Last modification
2020-01-30 14:42:33
Picture(s)

Fig. 1/ Junction of 2 Korai and Stadiou Streets. Plan and section of the excavation. 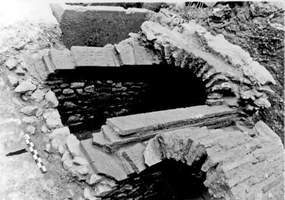 Fig. 2/ Junction of 2 Korai and Stadiou Streets. View of the tombs.