Key-words
Figurine - Hearth/Kiln/Oven - Dress and personal ornament - Metal - Cemetery - Production/extraction site
Type of Operation
Excavation - Rescue excavation
Institution
Δ’ ΕΠΚΑ
Toponym
Argos
Linked Record
20002001
Report
Argos, Kalmouchou and Polykleitou (property of A. Boulmeti). Ch. Piteros (Δ’ ΕΠΚΑ) reports that continuing excavation revealed Geometric burials plus, in higher levels, Byzantine and post-Byzantine, then Archaic and Classical pottery, bricks from a destroyed kiln, ash and Geometric sherds.
Tomb 16: an enchytrismos of an infant in a Late Geometric krater set on its side and closed with a stone slab.
Tomb 17: a cist tomb, outside which lay eight Late Geometric vessels (a krater, five skyphoi, a pyxis, and an oinochoe), a round Geometric deposit, and the enchytrismos of an infant in a handmade amphora (17a) with outside the vessel a kyathos, small oinochoe and phiale. Inside the cist tomb was an inhumation with an oinochoe and two kyathoi, and the remains of an earlier burial gathered at the north end (bones, three pyxides, three prochoi, a kythos, an iron pin, a bronze pin and five bronze rings).
Further east, two round refuse deposits contained Late Geometric pottery, and to the north of these were two deposits with Archaic handmade figurines of riders and women, plus one model of a loaf of bread.
Pit grave 18 contained an adult inhumation with Geometric pottery (three skyphoi, two handmade amphorae, an open vessel, three pyxides and a miniature vessel) plus a bronze ring.
Cist grave 19 contained an adult inhumation with Geometric pottery (a krater, oinochoe, and two handmade vessels) two bronze pins, a bronze ring and a 0.35m-long section of an obelos. Outside the tomb were bones and two crania from displaced burials.
Tomb 20, just outside tomb 19, contained two successive adult burials, the later having a Geometric oinochoe, lekane, two handmade vessels, bronze pins and a bronze ring.
To the north of these tombs were the foundations of two walls of a Late Geometric/Archaic domestic structure, plus archaic-Classical pottery, Archaic figurines (riders and handmade females), and miniature terracotta lebetes with zoomorphic protomes. Hellenistic pottery was also collected (West Slope, relief decorated, and krateriskoi), a bead and lead and bronze rings. Tile grave 21 contained an adult inhumation with no goods.
In Hellenistic times, there was a workshop in the north of the plot, noting the discovery of a double kiln, two wells and a wall. Also in the north was the small Geometric cist tomb 22, which contained a skyphos, five cups, a handmade prochous and an iron pin.
Author
Catherine MORGAN
Bibliographic reference(s)
ADelt 56-59 (2001-2004) B4, 45-46.
Date of creation
2013-10-17 00:00:00
Last modification
2020-03-31 12:19:23
Picture(s) 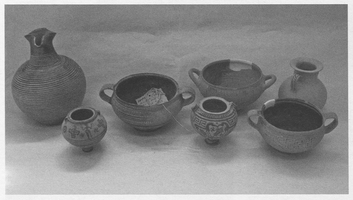 Fig. 1/ Argos, Kalmouchou and Polykleitou. Geometric pottery from the tombs.