Key-words
Hearth/Kiln/Oven
Type of Operation
Excavation - Rescue excavation
Institution
Δ’ ΕΠΚΑ
Toponym
Argos
Linked Record
2001
Report
Argos, Parodos Gounari (O.T. 91, property of S. Rekoumi). A. Banaka-Dimaki (Δ’ ΕΠΚΑ) reports the discovery of a stone-built Hellenistic water channel. In the northeast of the plot was a kiln, with most of the chamber preserved. This was originally rectangular, but underwent modifications during the Roman period when it was extended to the east, in the direction of the stoking tunnel, and then the eschara was remodelled (the original two support columns by the east wall having been destroyed). Other architectural remains cannot be associated securely in any plan. Finds consist mostly of coarse domestic pottery, amphorae, and some kiln wasters. A workshop was probably located nearby, accessed via the paved road previously excavated on Gounari Street.
Author
Catherine MORGAN
Bibliographic reference(s)
ADelt 56-59 (2001-2004) B4, 12.
Date of creation
2013-10-17 00:00:00
Last modification
2020-03-31 12:56:37
Picture(s) 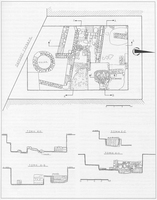 Fig. 1/ Argos, Parodos Gounari. Plan and sections of the excavation. 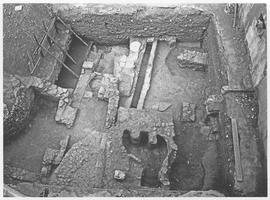