Key-words
Inscription - Numismatics - Public area - Find Type - Site Type
Type of Operation
Excavation - Rescue excavation
Institution
ΙΒ' ΕΠΚΑ
Toponym
Arta
Linked Record
2004
Report
Arta (anc. Ambracia), junction of Karaiskaki and Karapanoun Streets (Karanika-Kotsarida property). P. Gouni (ΙΒ' ΕΠΚΑ) reports the discovery of fragmentary architectural remains of the Archaic to Hellenistic periods (Fig. 1: 285). Seventh century handmade and late Archaic (mostly sixth-century) wheelmade sherds were found in the area of a single Archaic wall, with scattered sherds also over almost the entire plot. The remaining walls, a water channel, and paving belong to a structure with successive construction phases though the fifth and fourth centuries. The function and plan of the structure cannot be determined. However, it likely served a distinctive function, noting that the remains contravened the city plan in the late fourth century, that an exterior wall was unusually well built, and that slightly later in Hellenistic times a prostyle public building with sculptural decoration was erected immediately next to it (ADelt 47 [1992] Chr., 269-70). Later structures include a well and a rectangular structure with a drainage hole in the hollowed-out floor.
Finds include late Archaic – Hellenistic pottery, conical loomweights and handmade sherds, the base of a fifth-century black-glaze kylix with the graffito ΣΑF, and an early fourth-century terracotta medallion depicting Poseidon and Triton. Three silver coins were found: one depicts on the obverse a wild dove in flight, one is undiagnostic, and the third (which dates to the mid fifth century) depicts Pegasus on the obverse and Athena Chalinitis on the reverse. Of the three bronze coins retrieved, one early fourth-century coin depicts Pegasus on the obverse and Athena Chalinitis on the reverse, while the other two are undiagnostic.
Author
Catherine MORGAN
Bibliographic reference(s)
ADelt 56-59 (2001-2004) B5, 119-121.
Date of creation
2013-06-11 00:00:00
Last modification
2018-08-22 09:24:39
Picture(s) 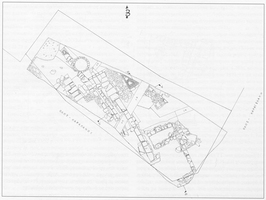 Fig. 2/ Arta, junction of Karaiskaki and Karapanoun Streets. Plan of the excavation. 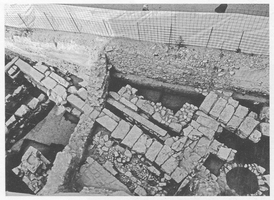 Fig. 3/ Arta, junction of Karaiskaki and Karapanoun Streets. View of the excavation from the north east.