Key-words
Domestic space - Road system/waterway - Site Type
Type of Operation
Excavation - Rescue excavation
Institution
ΙΒ' ΕΠΚΑ
Toponym
Arta
Linked Record
2002
Report
Arta (anc. Ambracia), Agiou Vasileiou Street (Douda property). A. Angeli (ΙΒ' ΕΠΚΑ) reports the discovery, in the course of excavation for a new building, of part of a Hellenistic house beside a crossroads (Fig. 1: 278). The road south of the house had a surface of stones and tile in beaten earth, dated to the Hellenistic period. Along its north side was a path paved in limestone and sandstone slabs. The road to the east of the house was similar, with the pavement on the west. The two external house walls were built of large limestone blocks: inside were at least six rooms. Two thresholds in the south wall led into separate rooms which did not connect: a Byzantine and post-Byzantine deposit was found in the southeast room. To the north is the probable courtyard, which led out onto the street to the east and into the likely andron, which had a white pebble floor.
An earlier, late Archaic-early Classical occupation phase is represented by unconnections sections of four walls found at greater depth.
Author
Catherine MORGAN
Bibliographic reference(s)
ADelt 56-59 (2001-2004) B5, 79-80.
Date of creation
2013-06-10 00:00:00
Last modification
2018-08-22 09:24:39
Picture(s) 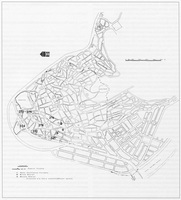 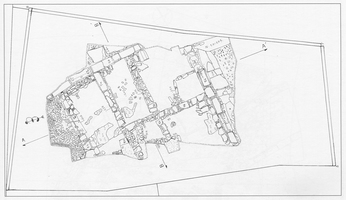 Fig. 3/ Arta, Agiou Vasileiou Street. General view of the excavation from the north.