Key-words
Fortifications - Road system/waterway - Building Type - Site Type
Type of Operation
Excavation - Rescue excavation
Institution
ΙΒ’ ΕΠΚΑ
Toponym
Arta
Linked Record
2001
Report
Arta (anc. Ambracia), Mostraion Street (Kouvara property). Th. Kontogianni (ΙΒ’ ΕΠΚΑ) reports the discovery of a 13m-long section of the north arm of the city fortification wall plus the road that ran immediately inside it. Further stretches of this same wall have previously been found on neighbouring plots, with one visible in the foundation of the church of the Ag. Theodoroi. The wall, 3.5m wide, rests on a krepidoma and has two well-worked faces preserved to a maximum height of four courses, with a rubble fill. The interior face is less well-worked than the exterior and more severely damaged by later incursions. West of the wall, at the level of the first course on the interior, was a probable road surface of beaten earth with tone and tile. The central part of this surface was destroyed by the opening of a post-Byzantine rubbish pit. Pottery dates the wall and the road to the early fourth century BC.
Author
Catherine MORGAN
Bibliographic reference(s)
ADelt 56-59 (2001-2004) B5, 18-19.
Date of creation
2013-06-10 00:00:00
Last modification
2018-08-22 09:24:39
Picture(s) 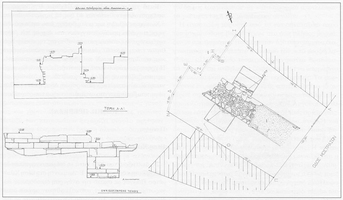 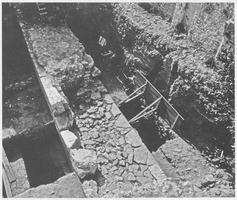 Fig. 2/ Arta, Mostraion Street. General view of the excavation from the west.