Key-words
Figurine - Numismatics - Domestic space - Find Type - Site Type
Type of Operation
Excavation - Rescue excavation
Institution
ΙΒ’ ΕΠΚΑ
Toponym
Arta
Linked Record
2001
Report
Arta (anc. Ambracia), Torella Street (Zagkli property). Th. Kontogianni (ΙΒ’ ΕΠΚΑ) reports the discovery of an 11.5m-long section of a paved, east-west street, with a pavement along the south side and a house beside that. The street was covered by a dense destruction deposit of roof-tile, building material and much pottery (storage and chytra-like vessels, plus a few sherds of black-glaze skyphoi and kantharoi) of the first decades of the second century BC.
The street boundary on the south side was the south wall of a house (best preserved in the west and east parts). Beneath the foundation of this wall at the east was a burnt offering deposit in a pit (animal bones, a little shell and miniature vessels of the late fourth/early third century), made in connection with its construction. Inside the house, a pebble and tile floor was largely covered by a destruction deposit containing much pottery of the early second century BC (storage vessels, amphorae, hydriae, prochoes, and a few sherds of grey ware and black-glaze). A second, similar floor was partially uncovered on the southeast edge of the excavation plot. The exterior wall of the house by the street was founded on a fourth-century wall on the same orientation. Finds from the excavation include a large quantity of pottery dating from the fourth to the second centuries BC, a few fragments of terracotta figurines and Hellenistic bronze coins of Arta.
Author
Catherine MORGAN
Bibliographic reference(s)
ADelt 56-59 (2001-2004) B5, 14-15.
Date of creation
2013-06-10 00:00:00
Last modification
2018-08-22 09:24:39
Picture(s) 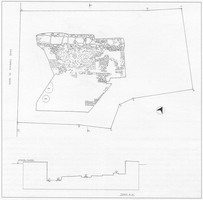 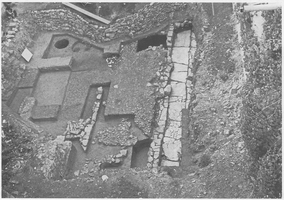 Fig. 2/ Arta, Torella Street. General view of the excavation from the east.