Fig. 1/ Lazarides. Ground plan of the settlement according the excavations of 2009-2011 and the traces of walls under the heap of stones. 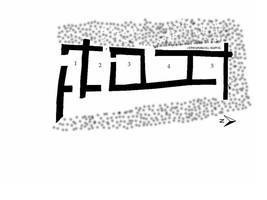 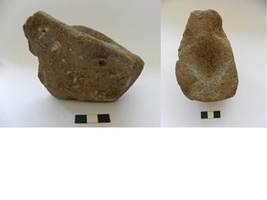 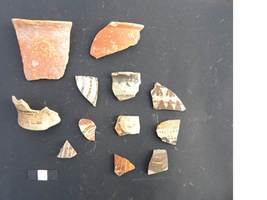 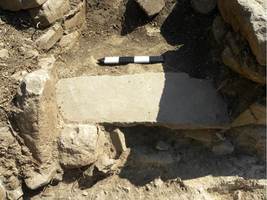 Fig. 6/ Lazarides. Stone with a cavity for the door hinge. 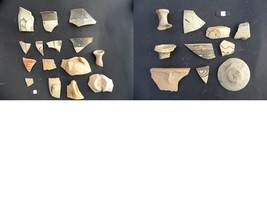 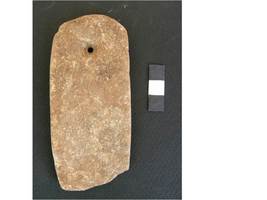 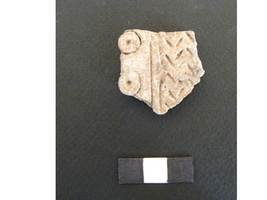 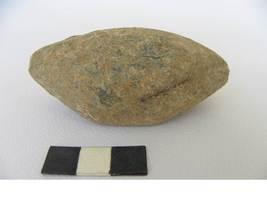 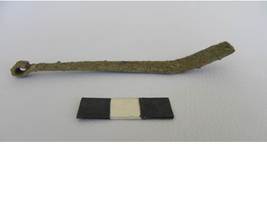 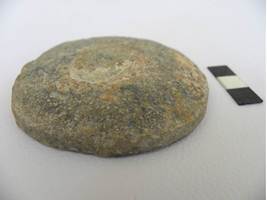 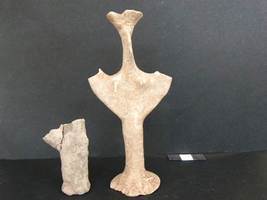 Fig. 14/ Lazarides. A fragmentary terracotta figurine from Room 7a akin to Late Neolithic/Early Bronze Age examples from Kolona (left), and a Psi figurine from a child burial in Room 5 (right). 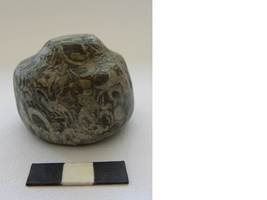 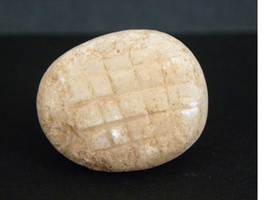 Fig. 16/ Lazarides. An Early Minoan(?)/Middle Minoan agate seal with a suspension loop at the top and cross-hatching on the elliptical base. 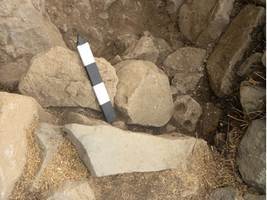 Fig. 18/ Lazarides. A stone with two cavities at the north-eastern end of the threshold. 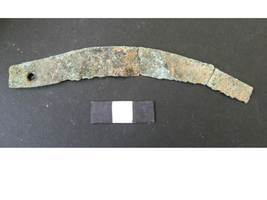