Key-words
Residence - Tomb - Figurine - Tools/weapons - Dress and personal ornament - Domestic space - Cemetery - Building Type - Find Type - Site Type
Type of Operation
Excavation - Research excavation
Institution
Belgian School at Athens
Toponym
Sision, Kato Sisi
Linked Record
2007200820092010201120152016201720182019
Report
Sissi/Sisi. J. Driessen (Belgian School/UC Louvain) and I. Schoep (Belgian School/KU Leuven) report on the fourth excavation season in 2010 (Figs. 1 and 2), focused on the cemetery and on the earlier history of certain major structures.
The latest use of the cemetery, in MMIIB, yielded a number of primary, articulated burials in pithoi or laid down within the EMII-MMI house tombs (earlier MMI-IIA use is also observed). At least 81 individuals have been recovered. Pottery, and mixed pottery and bone, deposits suggest frequent activity in the cemetery. Building 1.19 (Fig. 3), ca. 20m west of the main concentration, may imply that the entire lower terrace was devoted to the disposal of the dead (Figs 4 and 5).
The Neopalatial Building BC (Zone 2) was cleared. One room contained a wine-press, tightly-packed pumice with a triton, and an infant burial in a pyxis (Fig. 6). Another held a thick fire destruction deposit including coarse jars, two cup-rhyta, a cup and a stone Blossom Bowl (Fig. 7).
On top of the Kephali hill, the west façade of the Postpalatial LMIIIB Building CD (Zones 3 and 4; Figs 8 and 9) is preserved to a height of four courses, with returns every few metres corresponding to internal partition walls. A large columnar hall (Room 3.1; Fig. 10) is unusual in such a late structure both for its size (7.9 x 7.5m) and the axial arrangement of the two columns and entrance threshold. A well-made cist at the south west corner held a set of stone tools. The connection between this hall, a shrine (3), and another large pillared hall with a hearth (4.11) implies a distinctive social role. Tests in and outside Building CD yielded Proto- and Neopalatial deposits. To the south, in open space between Buildings CD and E, were at least two pits. The smaller, to the south, held LMIIIA2 pottery. The larger, at the north east, held much fine LM IIIA2-B pottery, including kylikes and champagne cups, plus bricks, large quantities of pumice, and stone tools. Fragmentary terracotta figurines and a sealstone were also retrieved. A large Neopalatial deposit with hundreds of cups was found in the same area.
Building F (Zone 6) was destroyed at an earlier stage, since good deposits of LMIIIA2 were excavated in several rooms. A small test beneath the floor of one room yielded a sealstone, a turquoise bead and parts of two clay figurines.
Author
Don EVELY
Bibliographic reference(s)
Unpublished field report, Belgian School at Athens
Date of creation
2011-03-02 00:00:00
Last modification
2018-08-22 09:24:35
Picture(s) 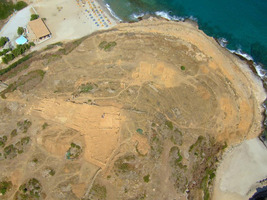 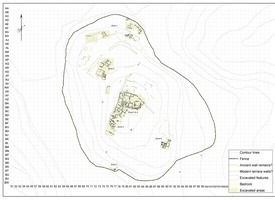 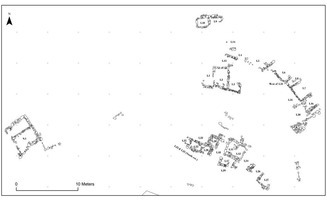 Fig. 3/ Sisi Kephali: plan of the EM-MM cemetery on the north slope of the hill. 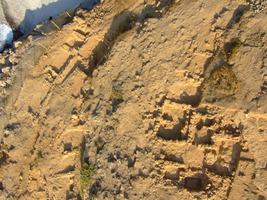 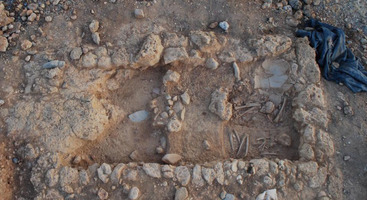 Fig. 5/ Sisi, Kephali: aerial view of burial building 1.19 in the west part of the cemetery. 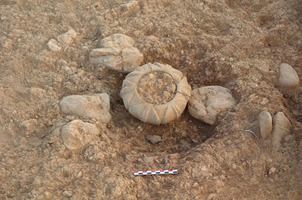 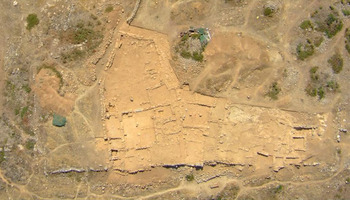 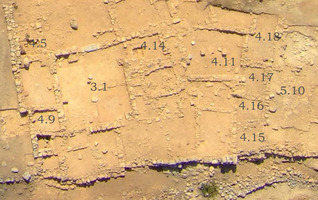