Leonidio, South Kynouria - private property of K. Zorgia. G. Grigorakakis and A. Tsatsaris (Ephorate of Antiquities of Arkadia), report on the continuation of the archaeological excavation held in Plaka of Leonidio, as well as the survey held in Kornitsa and Panagia Vaskinas.

In the private property of K. Zorgias, the excavation was extended towards the N. A thorough excavation of the subsidence and collection tank revealed a large part of the workshop area on the tank’s N side. The area was dated in the Late Helladic times (LHIIIC), while it appeared that it was reformed during the Archaic times (late sixth century BC), with the extension of the retaining wall, with the workshop activity continuing until the Hellenistic times (fig. 2). 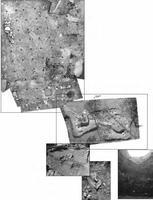 Fig. 1/ The tank area, the extension towards the N. Stratigraphical trenches