The first building was probably destroyed by fire in the middle of the second century B.C., as seen in the evidence of a destruction layer of Laconian and Corinthian tiles. The building was repaired and expanded in the second phase, including the construction of a long narrow corridor (8 x 2.50m), and three consecutive rectangular rooms (fig. 3).

A post-Byzantine wall 12.20 x 2m was also constructed to the N, preserved to a height of 0.6m; there was also a second wall from this period in the SW corner of the farmhouse.

From the building’s first phase, a few clay loomweights were found, an iron tool for shaving animals, and other iron tools including a scythe, a pickaxe, tongs, handles and a blade. Two circular millstones were also found. In addition to ceramics, 12 bronze coins were found during the excavation. 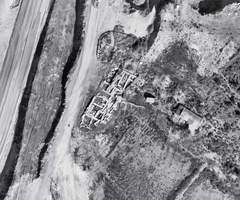 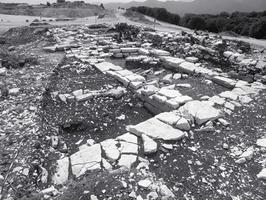 Fig. 2/ General view of the farmhouse from NE 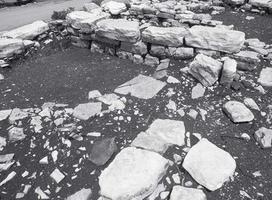 Fig. 3/ The S exterior wall of the farmhouse 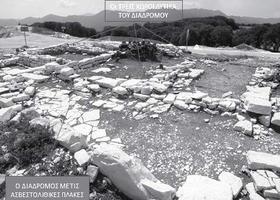 Fig. 4/ The corridor and the rooms from W 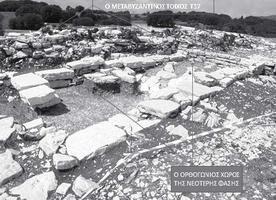 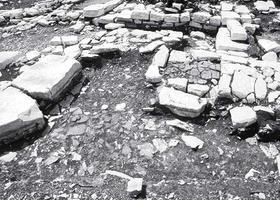 Fig. 6/ The hearth of the earlier phase