Toponym
Alepochori, Kato Alepochorion
Linked Record
2000
Report
Bouri Alepochoriou. Mantzorou-Paraskeva property: excavation took place beside the coast road from Alepochori to Schinos, at a site where illegal excavation in June 1996 resulted in the destruction of a deposit which contained almost exclusively Argive monochrome pottery of the seventh to sixth century BC (Figs. 1-2). This new site, towards Bouri, between ancient Pagai and Dourako, lies beside an ancient river mouth on the coast. The 2,000 pots found were an incitement to further illegal excavation. Rescue excavation revealed the foundations of a building and a deposit very close to the surface. A rectangular structure (5m x 2m) with an entrance on the west towards the sea was bounded by a Π-shaped peribolos wall. Between the building and the peribolos was a pebble pavement: Archaic votives placed on this and in the central part of the building include terracotta three legged objects, figurines, pins and scarabs. On this pavement were four circular open-air altars, the largest of which produced burnt soil and sherds, bronze pins and bird bones. In the open air, east of the shrine, was an almost round votive deposit containing 12,000 vessels, mostly Argive monochrome, 400 figurines and ca. 100 small objects, mostly bronze jewellery (necklaces, earrings, fibulae, pins, rings), spirals, a few silver rings and one of gold. The pottery, which was almost entirely handmade, consists of lekythoi, usually with impressed geometric decoration, hydriae with incised and plastic anthropomorphic decoration, prochoes, kyathoi and Corinthian aryballoi. The figurines are mostly of individuals, though there are groups of dancers, and bear engraved, plastic and incised decoration. All are standing female forms, sometimes plank-like or bird-faced, sometimes with moulded kore-like faces. Finally, at a depth of 2.2m, a circular area (9m in diameter) contained pots and sherds of the same types as elsewhere in the sanctuary. This may be the base of another votive deposit destroyed by general digging. In sum, this new site, which was not visible on the surface, contains the oldest finds yet made in the southeastern Corinthia. The only contemporary and comparable site is the Heraion of Perachora. Finds indicate an Archaic sanctuary by a river in use for at least two centuries, probably associated with a female divinity.
On the Polychronidi property, an ancient road (15.9m long, 3.5m wide) ran east-west 25m south of the sanctuary. Its supporting walls contained Classical and Hellenistic sherds.
Author
Robert PITT
Bibliographic reference(s)
ADelt 55 (2000) Chr, 92−93 (E. Baziotopoulou-Valavani), 93-94 (A. Vordos).
Date of creation
2011-01-23 00:00:00
Last modification
2018-08-22 09:24:34
Picture(s)

Fig. 1/ Bouri Alepochoriou. Mantzorou-Paraskeva property. View of the excavation from the south. 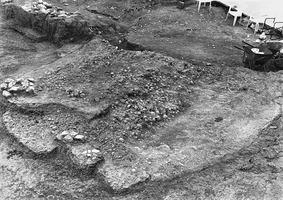 Fig. 2/ Bouri Alepochoriou. Mantzorou-Paraskeva property. The deposit from the north.