Key-words
Pipe/drain - Residence - Hearth/Kiln/Oven - Numismatics - Hydraulic installation - Domestic space - Road system/waterway - Building Type - Find Type - Site Type
Type of Operation
Excavation - Rescue excavation
Institution
Ministry of Culture and Tourism: ΙΒ' ΕΠΚΑ
Toponym
Arta
Linked Record
2000
Report
Junction of Solomos and Makrygianni Streets (Dova property). Th. Kontogianni (ΙΒ' ΕΠΚΑ) reports the results of two excavations on the site of proposed buildings. The site was severely disturbed by later activity and the high water table precluded excavation to depth. Architectural remains revealed successive construction and use phases during the Classical and Hellenistic periods which, with minor modifications, preserved the basic arrangement of the structures (Fig. 1).
In sector A (Fig. 2), the west wing of the house partly uncovered in area B was found, noting two rooms with white pebble floors. The house, which has a 15m long façade, neighbours two houses separated by a water channel within the width of one insula; these insulae are defined by the parallel streets that run every ca. 31m across the city. The channel is covered with two large slabs at the south end: it runs northwest-southeast and joins at the southeast a channel discovered in 1998 on the neighbouring property. A cobbled lane runs obliquely to the channel, northeast-southwest, with a small conduit along its east side: it runs parallel to another excavated in 1997. In between the two lanes is the north house, of which two rooms are partially preserved. The east of these rooms was too severely damaged by later incursions and flood to investigate. The west room is the andron, with a well-made paved floor, a shallow step round the walls and a small stone column.
The south house had two main areas, one a room with a pebble pavement and the other the central court with a stone paving in its last phase. Beneath the Hellenistic court surface was a system of small channels which led into the lane and thence the main channel. The dense destruction deposit over the lane and much of the north house dates the destruction of this area to the second century. Pottery is mainly Hellenistic, but also includes fifth- to fourth-century material from the deeper levels, the lowest construction level and a deposit in the lane. A few coins and small metal objects were collected.
In sector B (Fig. 3), an ancient road (4.6−4.8m wide), oriented northwest-southeast, forms part of the dense network of parallel streets which, together with the intersecting major avenues, define the city grid. Surfaced with cobbles and tile, it had a pavement along the west side; the retaining wall on the east was the boundary of the neighbouring building. West of the road is the central court of a house (4.5m x 4m), plus part of four rooms around it. In the last phase of use, this court had a stone paving in cement, as does the neighbouring room to the west; in the middle is a hearth. A thick destruction layer over the road, especially the west side, dates the destruction of the house to the second century. Finds include Classical and Hellenistic pottery, plus many bronze coins, mostly of Ambracia, and small metal objects.
Author
Catherine MORGAN
Bibliographic reference(s)
ADelt 55 (2000) Chr, 552−54
Date of creation
2011-01-09 00:00:00
Last modification
2018-08-22 09:24:34
Picture(s) 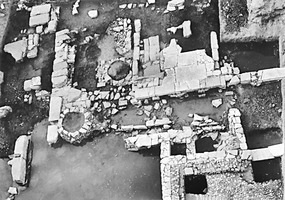 Fig. 3/ Arta, Junction of Solomos and Makrygianni Streets: excavation area B from the south.