Key-words
Agricultural facility - Numismatics - Tools/weapons - Dress and personal ornament - Metal - Glass - Production/extraction site - Building Type - Find Type - Material Type - Site Type
Type of Operation
Excavation - Rescue excavation
Institution
Ministry of Culture and Tourism: ΙΒ' ΕΠΚΑ
Toponym
Arta
Linked Record
20002001
Report
Arta, Garouphalia Street (Ch. Theodorou property). A. Angeli (ΙΒ' ΕΠΚΑ) reports continuing excavation of an olive press (see ADelt 54 [1999] Chr, 460−62). Work on the main extraction area (Β) was completed and the adjunct areas to the south investigated (Fig. 1).
The complete extent of area Β was revealed (7.50m x 8.75m). The oil reservoir lay at the north, with stone paving on either side laid on and secured with hydraulic cement. North of the reservoir is the base for the basin used to press the olive paste. A hearth to the east may have heated the water poured onto the paste to increase the amount of oil extracted. Area B also produced portable finds associated with the first stage of olive processing: three pieces of millstone, including part of a trapetum, and a large quantity of olive stones over the floor.
A lane to the north leads into area Γ and the larger area Δ1. All were covered with a destruction deposit including Laconian roof tiles (stamped Β) of the end of the first to the early second century AD. In the northern part of the lane was a rectangular monolithic base with postholes for the press levers. A further room lay to the west. North of Δ1 was a room which communicated with an open area outside the workshop (with which it shared a common roof). A small storeroom containing storage vessels lay on the northeast side of area Β.
Large quantities of pottery date the use of the workshop from the mid-second century BC to the early second century AD. Other finds include iron tools, late Hellenistic and Roman bronze coins, glass vessels, bronze and bone pins, bronze fibulae, bronze nails and lead sheet.
At a deeper level were walls from an earlier, early Hellenistic, phase of the workshop destroyed in the early second century BC.
Author
Catherine MORGAN
Bibliographic reference(s)
ADelt 55 (2000) Chr, 546−47
Date of creation
2011-01-09 00:00:00
Last modification
2018-08-22 09:24:34
Picture(s) 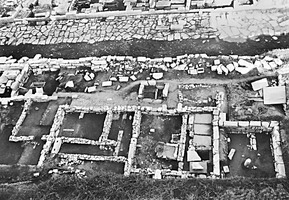 Fig. 1/ Arta, Garouphalia Street: general view of the excavation from the west.