Vrachneika, Monodendri settlement, (private property of A. Anifanti), Regional Route of Patras-Pyrgos-Sotiriadou, Patras. Artemis Maniaki (ΣΤ’ ΕΠΚΑ), reports on the continuation of the excavation in a Roman cemetery, which had started the previous year. This year, the research revealed 13 tile-roof graves, five box-shaped graves, and four jar-burials. They were spatially organized in three groups (SW, SE, NW) (fig. 1,2). They were considered to be a part of a larger organized cemetery, due to parts of tile-roof graves found in the general area, which the Ephorate was unable to excavate.

The tile-roof graves bore the same characteristics as the ones revealed in the excavation season of 2010, while the box-shaped graves’ walls were brickwork. They were oriented NE-SW. One of them (box-shaped grave no. 18) belonged to the arched roof type (fig. 3), and it was sealed with plaster on both sides.

The jar-burials found were placed either next to box-shaped graves or in special trenches. Their insides contained remnants of pyre, or regular jar-burials. They were the low end of narrow-end vessels, one cylinder-shaped lead urn (fig. 4), and the base of a large glass vessel.

Most of the burials contained one or two grave-goods, and their study indicated that the cemetery was in use between the first and the third century AD. 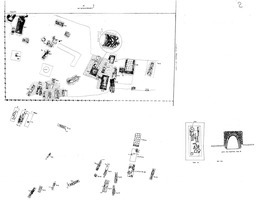 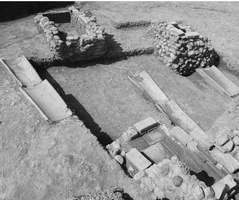 Fig. 2/ Partial view of the cemetery, shot from the E 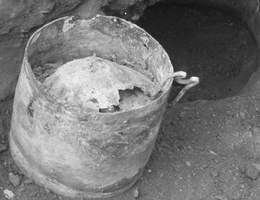