Junction of Agia Lavra Str. and Unnamed Str., (private property of I. Diggelopoulou and A. Biskou), Monodendri site, Krini region, Messati Municipality, Patras. Konstantina Aktipi (ΣΤ’ ΕΠΚΑ), reports on the excavation held in the hillside of Omblos Mt., due to the construction of a block of buildings. The excavation brought to light part of an agricultural settlement, dated to the Hellenistic times (late fourth-early third century BC). The architectural remnants found formed four rectangular spaces and one elongated area. Only one of them was fully excavated.

A thick destruction layer covered all the aforementioned areas (fig. 1). It was followed by coal, and finally, the floors of the areas, on top of which the findings were located. The small findings consisted of clay vessels (skyphoi, kantharoi, plates, cookingware, miniature vessels etc.), lamps, bronze coins, pyramid-shaped loomweights,  a bronze ring, an iron key, iron sheep grooming tools, as well as some grinding stones (one of which was made of andesite) (fig. 2). Furthermore, the low end of storage pithoi was located, and burned olove seeds were found in one of them.

The agricultural settlement extended over the area, but it was not fully excavated. The area was known to have multiple Hellenistic buildings, as a result of past excavations. 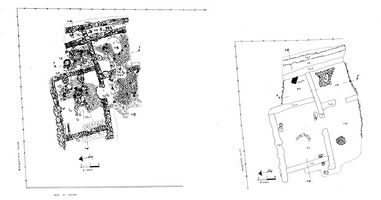 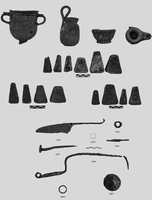 Fig. 2/ Characteristic findings of the excavation