Key-words
Bath - Altar - Figurine - Inscription - Numismatics - Religious building - Sanctuary - Building Type - Find Type - Site Type
Type of Operation
Excavation - Research excavation
Institution
Ministry of Culture and Tourism, Ζ' ΕΠΚΑ
Toponym
Archaia Olympia
Linked Record
2006
Report
Olympia, Sanctuary of Demeter and Kore. Ch. Liangouras (Ζ' ΕΠΚΑ) reports the discovery of a large building (A) and a Roman bath in a Sanctuary of Demeter 130m northeast of the ancient stadium. Excavation followed the discovery in 2006 of a wall, domestic pottery and two bronze Late Roman coins in the course of trenching for the Erymanthos-Pyrgos water-supply project.
Building A (oriented east-west) was constructed in local limestone in the early fifth century BC and is preserved to foundation level. It is divided into four rooms, and likely served some cult function: a stone feature in the centre of room 1 may be an altar (surrounded by votives) and in the northwest of the room a limestone structure with a deep square cutting likely served as a repository. There was at least one episode of fire destruction, and evidence of continued cult activity and construction in the area down to the second to fourth century AD.
Small finds include 34 bronze coins of the fifth to fourth century BC, and many terracotta figures and figurines of varying sizes depicting mainly human, female, subjects, but also animals, especially bovines and caprids, silens and masks. One unusual terracotta figure depicts a two-headed Kerberos with sacrificial cakes in its mouth.
Another is inscribed:
[ΔA]MATΡI
KOΡ[A] [BA]ΣIΛEI
A Roman bath lay 25m to the east: two rooms of the hypocaust and part of a cistern were revealed.
The sanctuary may be that of Demeter Chamyne identified by Pausanias (6.21.1−2).
Author
Catherine MORGAN
Bibliographic reference(s)
Ch. Liangouras, AAA 40−41 (2007−2008), 61−74; http://www.yppo.gr/0/anaskafes/pdfs/Z_EPKA.pdf
Date of creation
2010-12-09 00:00:00
Last modification
2018-08-22 09:24:33
Picture(s) 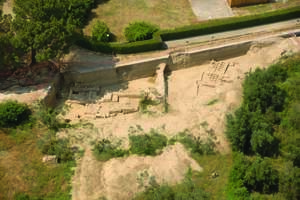 Fig. 1/ Olympia, Sanctuary of Demeter and Kore and a Roman bath. 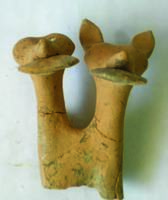 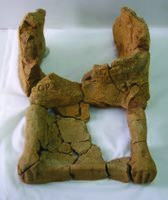